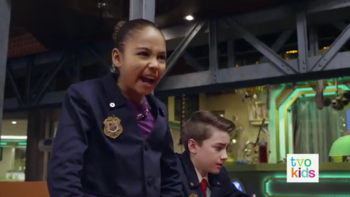 Ms. O fights against her own boss for her agent's sake.
Who is Agent Otis?
Advertisement:

Olympia discovers a secret about her partner.