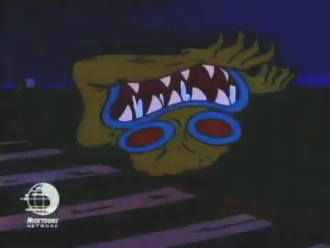 Why do babies cry so often? Mostly because they can't talk just yet. But with so much beyond their comprehension, some things we might take for granted (or would just mildly disturb us) make perfect Nightmare Fuel for infants. The Rugrats Movie has its own page.