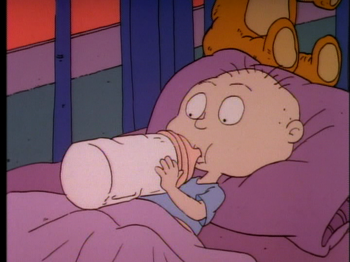 Under the legal drinking age, need to be sober or just don't drink? Use milk, like he's doing.