This page lists the various PCs that have been in Mask Or Menace, both past and present. The game allows for any fictional character from any form of published medium, along with OCs.

Please note that there may be unmarked spoilers beneath folders.

This section lists characters that are good guys, or generally have good intentions, even if those intentions don't always work out as planned.
Luke Skywalker 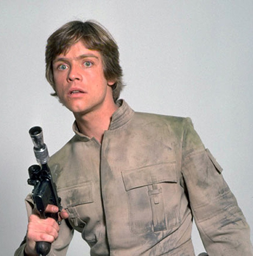 The hero of the Rebel Alliance, Luke started his life as a humble farmboy. That all changed as he discovered his destiny as a Jedi and began to learn the ways of the Force. He was dragged into the world of Mask or Menace at the point where he learned of his family history, and was struggling with accepting it as his new reality. Considering he was followed by his father and found himself surrounded by other Dark Side followers, coupled with Han being Han, it's a wonder he hasn't completely lost his mind yet. 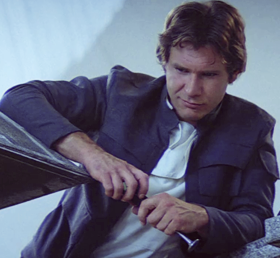 The smuggler turned rebel and now inadvertent imPort hero, Han was initially dragged into the world of Mask or Menace after being frozen in carbonite by Darth Vader, and was very quickly followed by what, to him, might just be half the galaxy from all over the timeline. He's completely fine, though. Totally. It's not like the revelations of the future have hit him hard or anything, and he definitely is adjusting to being planet-bound really well. 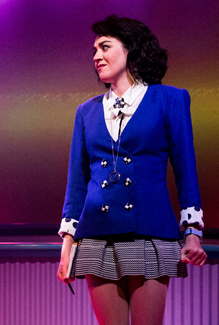 I'm from 1989, this was the chic thing to wear then.
Canon: Heathers the Musical
Canon Point: Post-Dead Girl Walking (Reprise), pre-I Am Damaged
Code Name: Dead Girl Walking
Powers: Slurpee Generation, Voice Mimicry, See the Me Inside of Me

A young girl from a small town in Ohio who got inadvertently caught up in a series of pranks Gone Horribly Wrong. Veronica was dragged into the game just as she'd lugged a bomb out to her school's football field to spare everyone in her school from an explosive death, and since then has been trying her best to pretend to be a normal teenager, albeit one with superpowers and a status as a minor celebrity. Time will only tell if this will succeed. 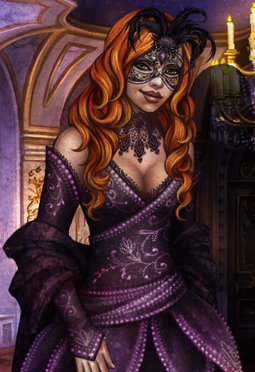 "I knew this night would change everything… but I had no idea things would change this much."
Canon: Cinders
Canon Point: After the Grand Ball
Code Name: Cinders
Powers: Before Midnight, Fire Affinity

The protagonist of Cinders. Despite being from yet another Cinderella story, she doesn't often act the part of a fairy tale maiden. She ended up in Mask or Menace right after the night that was destined to change her life forever. Although jarred by the change, she adjusted quickly. After a brief time working for Lucifer Morningstar (yes, that one), she ended up inheriting his bar, Revīvēscere. Although violence frightens her, she's not above using her abilities to protect herself or others.

This section is for characters that are morally ambiguous or are good guys that don't act the part.
Tohru Adachi 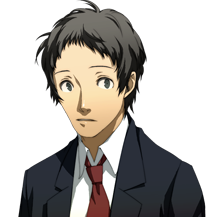 A side character turned antagonist turned questionable protagonist in his canon, Adachi arrived in the world of Mask or Menace in 2015, and has been struggling to find his place in the world ever since. He's voiced no desire to return to his own world (for the obvious reasons), and does his best to serve others, working as a Private Investigator whose clientele largely consists of natives. He still struggles with this, however, as his ability to socialize and understand social situations is terrible at best. He has also been struggling to find who he is as a person, and struggles often to understand how he feels about his own personality.