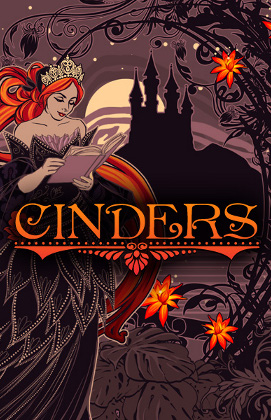 Cinders is a Visual Novel / Romance Game for PC and MAC, and later Nintendo Switch, made by Moa Cube, artist Gracjana Zielinska and composer Rob Westwood. It is a reimagining of Cinderella, in which you have to play as Cinders - an orphan girl humiliated and enslaved by her stepmother, explore the world around you, interact with people (and not all of them human) and find your own place in life.

A westernized Visual Novel, which is already a niche genre, with an art style that is not anime-inspired, but detailed and lovely in its own way. Cinders also offers far more frequent choices than the standard Visual Novel mold, allowing precise customisation of the protagonist's personality to suit the player.

. Has its own wiki

- complete with walkthrough, so look out for spoilers.

Cinders has examples of: