Following the revolution in Britain, the Royal Family fled to Canada, along with the Royal Navy, some British Army regiments, parts of the British Government, and various other exiles. Now residing in Canada, they build their strength and plan their return to Britain. However, not all Canadians appreciate their presence, and some would prefer to focus on their own country.

Canada is also the leader of Entente, and, due to the presence of both the Royal Family and the British Government-In-Exile, de facto leader of the remnants of the British Empire. 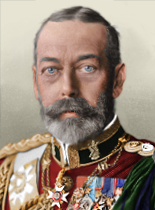 The King-Emperor, as he styles himself still, has ruled for 26 years now, assuming control in 1910 over the vast British Empire, an Empire on which the sun could never set, but these past 26 years have been one tragedy after another for the King-Emperor- losing a war to his cousin, the death of his youngest son, John, and the final exile of the British monarchy to Canada, privately noted as "a frozen prison" by the King-Emperor. At last, it seemed as the sun had set on the British Empire, and a sense of hopelessness pervaded through to King George's once stoic nature. The years since 1925 have seen the King-Emperor's health grow steadily worse through a mixture of stress and depression, causing Prince Edward to assume more duties from the sick King (much to his chagrin).

King and Emperor of the British Empire at the start of the scenario. Having reigned during the twin humiliations of defeat in the Weltkrieg and exile after the 1925 Revolution, George V is a broken man who has little hope or energy left to devote to restoring the Windsors' lost glory. 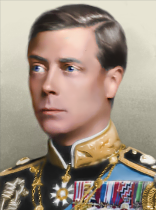 Edward of Windsor, with the passing of his father, 'King-Emperor', George V, was crowned in a lavish ceremony in Ottawa. The young monarch, notably solemn upon his enthronement, inherited an Empire undoubtedly a shadow of its former glory, and a kingdom occupied by syndicalist revolutionaries. Undeterred, King Edward maintains, above all else, the desire that the banner of the United Kingdom again proudly fly above the British Isles.

Though only Prince of Wales at the beginning of the scenario, Edward VIII swiftly succeeds his father to the throne and serves as the pivotal figure for the British government in exile. Where his father was broken by his two great defeats, Edward has instead become vengeful, driven by a desire to make a triumphant return to the British Isles and see the Syndicalists (and, ultimately, the German Empire) pay for what they've done. Though his natural sympathies lie with his fellow Exiles, he has to walk a fine line between his high-minded ambitions and the concerns of the Dominions' native political establishments, which often have pressing concerns of their own closer to home. 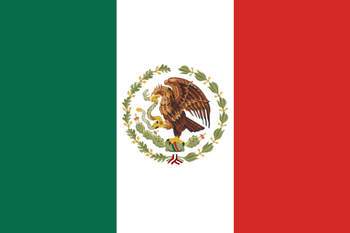 In the following years, Zapata, Villa, and de la Huerta were appointed to senior positions in the cabinet. Mexico managed to reconcile with the United States, and implement labor laws and land reforms. However, the land reforms were not comprehensive, and faction divides begin to appear in the Mexican government, with Catholics notably clashing with the anticlerical constitution.

The British Revolution in 1925 caused an economic ripple that collapsed the United States' economy, and damaged Mexico's too. Zapata ran for presidency in 1932, promising to bring the revolution to all of Mexico and recover their economy. Zapata was elected in a massive landslide victory, but his push to the left displeased conservative Catholics, and factions in the government support widely different people for the 1937 election. In 1936, Zapata is still serving his five-year Presidency, but there is some uncertainty for who will succeed him. 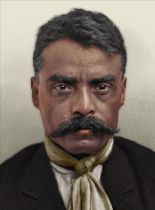 A legendary figure and hero of the Mexican Revolution, Emiliano Zapata was elected as the Mexican President in 1932 on the platform of continuation of the people's revolution and recovering Mexico's economy. Since then, Zapata managed to carry out significant land reforms, support indigenous Mexicans, and align himself with international social movements, such as supporting the revolution in Nicaragua and trading with the Internationale.

Although Zapata appointed prominent Socialist figures, such as Pancho Villa and Vicente Lombardo Toledano, to leading government positions and secured the dominance of leftists on the political scene, there is still a strong opposition to his policies, presented from both left and right, and one successful assassination attempt on the President can easily shake the balance between various political powers in Mexico... 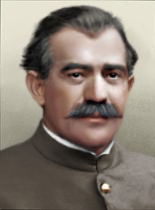 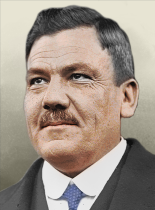 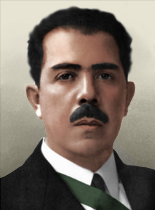 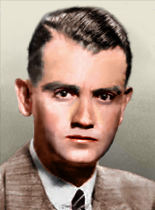 Urquiza is the leader of the National Synarchist Union (Unión Nacional Sinarquista), a National Populist faction in Mexico. 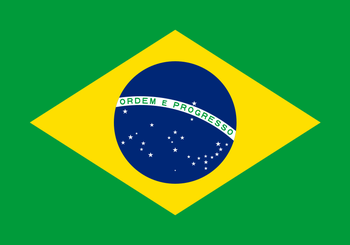 Flag of the Empire of Brazil (National Populist) 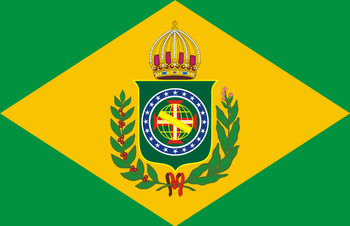 The United States of Brazil remained neutral during the Weltkrieg, but the shockwaves from the war's aftermath still hit the country hard. The British Revolution led to a collapse of trade, which led to Brazil's economic collapse, then to political instability, culminating in a civil war in 1926-27 between the federal government and its extremely decentralized states. The Interstate War, also known as the Brazilian Civil War, was won by the rebels, and in its aftermath the old oligarchic republic was replaced with a new constitution. Brazil was radically transformed, and begins to recover economically. The Brazilian politics also saw a shift from regional divisions to ideological ones. As the 1936 election approaches, tensions begin to heat up again as radical ideologies like Syndicalism or Integralism grows more aggressive every day. 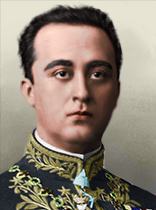 Gustavo Dodt Barroso is the leader and presidential candidate of the Brazilian Integralist Action (AIB), and a highly influential political author. Barroso is strongly nationalist and anti-Syndicalist, and his loud anti-Semitism had also garnered controversy around him. 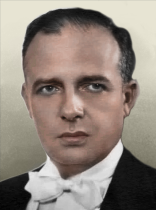 Prince Pedro Henrique of the house of Braganza is the great-grandson of Pedro II, the last emperor of Brazil, and a claimant to the abolished throne of Brazil. Born and raised up in exile, Pedro returned to Brazil following the end of the Brazilian Civil War. Pedro is convinced that a monarchy is needed by the people, and began a political effort for an eventual restoration. Though he is strongly supported by the AIB, he does not quite approve of some of the more radical elements of the AIB. 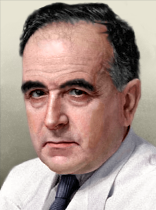 Getúlio Vargas is the presidential candidate for the Republican Party. A shrewd and experienced politician, Vargas has some strong views on the future of Brazil. Vargas believes that Brazil needs to enter the modern era through an extensive campaign of unimpeded modernization, as he always puts Brazil's best intentions to the forefront. 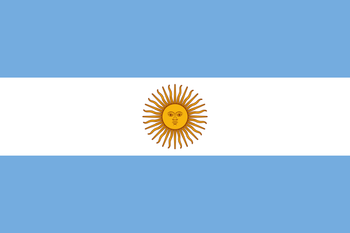 Argentina was a rising nation during the early 20th century through its flourishing export economy, but the Weltkrieg brought its rise to a screeching halt. The British Empire forced Argentina to stop trading with Argentina's important trade ally Germany, then forced Argentina to ramp up production and exploit the nation's resources. This greatly displeased the workers, who began to protest and revolt. By the mid-20s, workers under the lead of the Patagonian Worker's Front (Frente Obrero Patagónico, FOP) seized the Southern provinces and broke away.

The democratically elected government failed to resolve the crisis, leading to a 1930 coup d'etat by General José Félix Uriburu. Uriburu launches a massive crackdown on the socialists, but dies of cancer in 1932, and the conservative National Autonomist Party led by Julio Argentino Pascual Roca takes over. The large-scale interventions in the South were downgraded to small unsuccessful skirmishes, eventually freezing the conflict. In 1935, rumors began that Roca wants to end the intervention and leave the FOP alone. This led to widespread outrage, and the far-right Argentine Patriotic League (Liga Patriótica Argentina, LP for short) under Manuel Carlés used the chance to gain support and launched the Christmas Coup with support from the military. By 1936, Carlés' coup is still underway, and it is difficult to say how it will end. 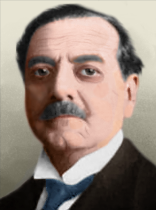 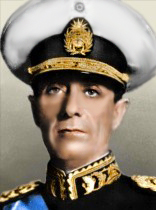 General Pedro Pablo Ramírez is the figurehead of the United Officers' Group (Grupo de Oficiales Unidos, GOU), a group of nationalist Argentine Army officials with significant sway over the army. When Carlés launched the Christmas Coup, the Argentine Navy followed Carlés, but the GOU is not yet convinced. While officially not a member of the GOU, Ramírez is deeply connected to them. If Carlés displeases the GOU, they might choose to remove Carlés and install Ramírez as the new head of state. 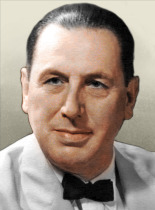 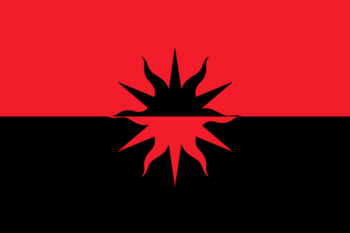 The Patagonian Worker's Front is a socialist country in the Patagonia region in southern South America. It borders Argentina to the north and Chile to east. It formed as a breakaway state from Argentina.

Patagonia is both economically and militarily dependent on Chile, leading to some experts considering Patagonia as effectively a puppet state of Chile. Patagonia seeks to liberate all of Argentina.

A revolutionary from Argentina, Fanny lived as a music teacher until 1934, at which which point she was convinced to become a Communist by Eduardo Edelman. After barely surviving crossing the border with her husband, she joined up with the Front and has been an active member of it ever since.

Founder of the Front, and it's current leader.

A bandit turned socialist, Fonte is one of the possible leaders of Patagonia in the current build of Kaiserreich. The developers have stated that he will be removed in future updates.

The West Indies Federation is a country consisting of the former British West Indies, French departments of Guadalupe and Martinique, and French Guiana. Its capital is located in Kingston, Jamaica. The 1921 peace treaty between Britain and Germany left the British still in control of its colonies, but the general strike and resulting revolution meant that the colonies of the Empire were effectively cut adrift. Some, particularly in the Pacific, were occupied by Germany, but the West Indies were left a troubling matter. With growing Syndicalist revolutionaries declaring loyalty to the Communard governments of France and Britain, the Canadians proved incapable of directly controlling the colonies. This resulted in the West Indies Autonomy Act, signed on June 23rd, 1925. This gave the British West Indies official autonomy within the empire equal to the likes of Australasia.