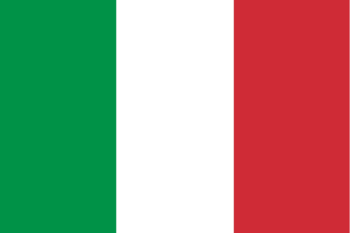 The Kingdom of Italy suffered a catastrophic defeat at the hands of Austria-Hungary during the First Weltkrieg. In the humiliating Treaty of Rome that followed, Austria attempted to dissolve the Kingdom of Italy and replace it with the "Italian Federation", a loose federation of pre-unification states led by an Austrian leader. Italian Republicans were enraged; in Milan, they overthrew the House of Savoia and declared the Italian Republic. The Republicans revolted against Austrian occupation, and managed to push the Austrians out of Central and Northern Italy.

Despite the initial victories, ideological divisions between left-wing and right-wing Republicans soon became irreconcilable, and eventually led to direct conflict between Italian Reds and Whites. The Whites and the Austrians found a common enemy in the Reds, and began to cooperate begrudgingly; their combined forces eventually managed to halt the Red advance at the Po River in 1920, ending the Italian Civil War with a teeth-clenched ceasefire.

In the aftermath of the Italian Civil War, the terms of Austrian-White Italian cooperation were finalized; the Whites must legally remain in the Italian Federation, but they are given their own Republic, the Republic of Lombardy-Venetia, and are made the interim leaders of the Federation. By 1936, the Italian Republic is a troubling place. The Italian Federation system collapsed in 1927, leaving the Republicans with no friends but Austria. Austrian meddling in Italian politics led to Veneto's obstructive autonomy, and there are rising anti-Austrian sentiments coming from the far-right Associazione Nazionalista Italiana. The divided states of Italy would surely not last however, and a second Risorgimento is coming. 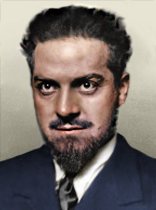 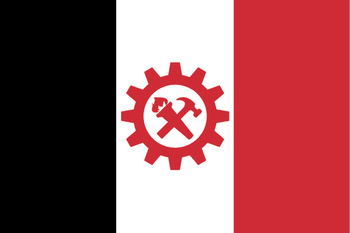 The Socialist Republic of Italy is the largest and most powerful of the several states that occupies the divided Italian Peninsula, and controls its northern and northwestern parts. The SRI came about during the Italian Civil War, when the united republican forces of Italy collapsed; the left-wing socialists declared the SRI in Torino, and initially made huge gains in their offensive against the Austrians and the Whites. Stopped at the Po River by combined White-Austrian forces, and with Two Sicilies pushing on from the South, the SRI was forced into a difficult situation and signed an uneasy peace. Now the SRI had joined the Internationale, and is preparing for the next war for control of the peninsula. 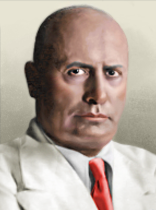 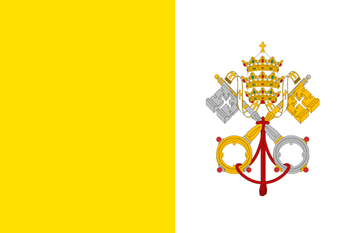 Flag of the Papal State
Flag of Rome 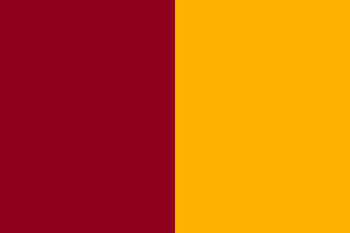 The Papal States, territories in Central Italy under the direct sovereign rule of the Pope, existed from the 8th century until the 19th century, when it was completely conquered by the Kingdom of Italy during Italian unification. Following the First Weltkrieg, the Kingdom of Italy collapsed, and the Treaty of Rome restored the Papal States' existence. However, the ensuing Italian Civil War and the wave of revolutionary Syndicalism threatened to overwhelm Rome and the Vatican. King Ferdinand of the Two Sicilies, not wanting to see the heart of Catholicism fall to Syndicalism, led an expedition to secure Rome, putting the Papal State under Sicilian protection.

By 1936, the Papal State is confined to Lazio, and remain at peace under Sicilian protection. Pope Pius XI is an old man with ailing health, and a successor would have to be chosen should Pius XI pass away, who would lead the Papal State in a new era of instability. 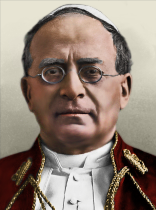 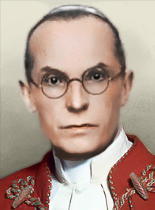 Elia Dalla Costa is the Archbishop of Padua, papal name Stephen X. He is revered for his faith and respected for his humanitarian services during the Weltkrieg. 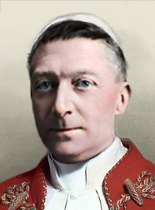 Achille Liénart is the the Archbishop of Lille, papal name John XXIII. He is a social reformer, and supports trade unionism and the Worker-Priest movement. 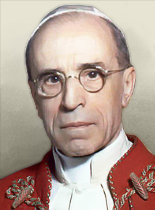 Eugenio Pacelli is the Archbishop of Sardes, papal name Pius XII. He is known for his traditionalism and wishes to maintain the order in Rome, his home city. 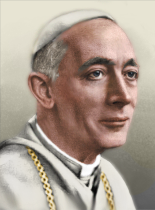 Alfredo Ildefonso Schuster is the Archbishop of Milan, papal name Julius IV. He is a stern militarist, and believes in an eleventh crusade against the threat of syndicalism. 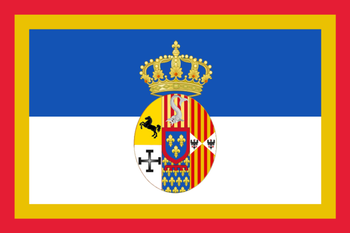 The Kingdom of the Two Sicilies occupies the Southern regions of Italy, termed Mezzogiorno. Its predecessor was ruled by the House of Bourbon-Two Sicilies, and existed from 1815 until 1860, when Garibaldi conquered the kingdom and made it part of the Kingdom of Italy. Under the House of Savoy, poverty was rampant in Mezzogiorno. With the Savoy's collapse and Austria's attempt to dismantle Italy, the Bourbons were restored in Mezzogiorno, an act that saw little resistance due to bad memories of Savoyard rule and the coming red tide.

Initially wholly supportive of the Italian Federation system, Two Sicilies (along with Sardinia) left the Federation in 1927 (after long dissatisfaction with the pro-Milan stance of the Federation leadership), when Austria withdrew their protecctive garrisons to deal with their internal issues, amidst rising fears of a socialist invasion due to the recent British Revolution. By 1936, Two Sicilies is in a much better shape than its Civil War-stricken brethren to the North. The Syndicalists remain a threat however, and Two Sicilies may have to prepare itself for another major war on the Italian soil. 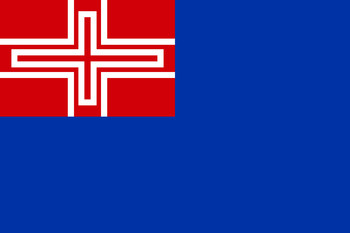 The many exiles, royalists and refugees arriving in the island were met with curiosity and suspicion, but fear of a Syndicalist naval invasion loomed hard. Thus, a treaty of protection was signed with France, and since then Sardinia is a member of the Entente. French arms and supplies keep the small kingdom afloat, while political tensions haven't bubbled to surface due to fear of syndicalist threats and a good economic decade, thanks to the island's vast coal reserves.