This is the cast of characters from the Disney Channel series Austin & Ally.

Main Characters (in order of billing) 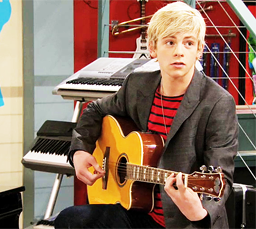 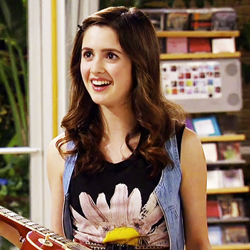 The other central protagonist of the story, Ally is a nerdy, Shrinking Violet singer-songwriter who tends to be the Straight Man to the constant shenanigans surrounding her. Ally is the brains behind Team Austin, and is responsible for writing Austin's songs and taking care of the Sonic Boom music store owned by her father. 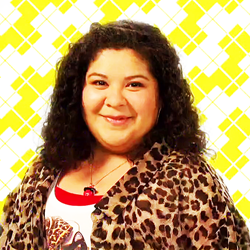 Trish is a fashionista who becomes Austin's personal stylist and manager. She is also Ally's best friend since kindergarten. 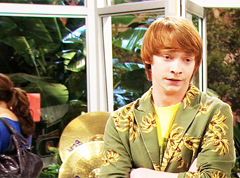 Dez is an aspiring director who films everything that he can. He filmed Austin singing Ally's song, "Double Take", and posted it online. Austin is his long time best friend.

Nelson is an awkward young boy who takes music lessons from Ally. He tends to show up at the music store for one reason or another and turn out to have mixed up a word for a word that sounds alike, such as "oboe" and "hobo", resulting in him having done something difficult he didn't need to do.

Ally's father. He is the owner of the music store Sonic Boom, and is cheerfully disdainful of Ally's musical talents.

Ally's crush and a former employee at a cell phone accessories cart. 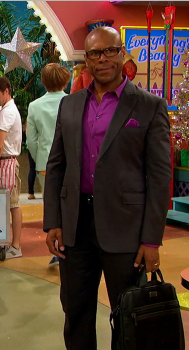 Owner of Starr Records, and signs Austin to his record label in "Successes and Setbacks". He has formally banned Austin from performing for the remainder of his contract, due to Austin revealing his relationship with Ally. However, "Mini-Me's and Muffin Baskets" sees him bringing Austin back into the music industry.

Dez's rival, always wanting to prove that he is better than him.