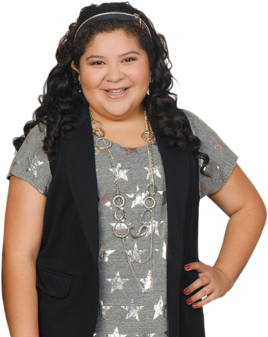 Born on July 1, 1993 in Bryan, Texas. Is best known for her part as Maya Blart in Paul Blart: Mall Cop. Also has guest starred on The Suite Life of Zack & Cody, Bunk'd, and I'm in the Band. Had a lead role as Trish on Austin & Ally. She's also made guest appearances on Special Agent Oso, Vampirina, and The Lion Guard.