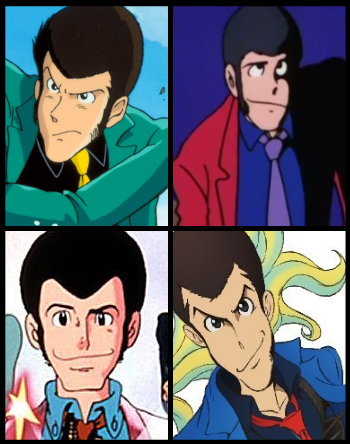 An index of the various Lupin III anime series. Also includes anime-specific tropes in the Franchise.

Tropes specific to the Lupin the Third anime: