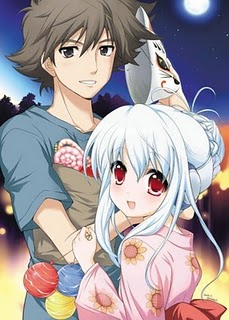 18-year old Keiichiro is a young man living by himself. One day, as he is hiding from the rain, he comes across an inanimate young girl thrown in the trash. She turns out to be an older model of a service android line, called Parents, but her outdated nature means that the local technician lacks the parts to fix her. As such, Keiichiro prepares her for the trash heap... and wakes up to find that she has powered up and prepared breakfast for him. The girl has had her mind wiped clean, and as a result, Keiichiro decides to name her "Flower", after the sunflower she was found holding. So begins Kowarekake no Orgel, a Doujin Original Video Animation produced by ElectromagneticWave.

A DVD version was released a year later, with an additional 6 minutes of footage and another 8 minute sidestory.