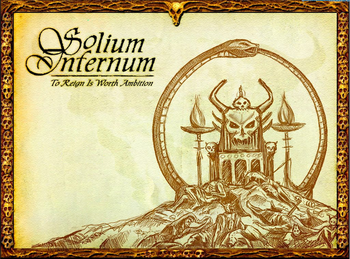 Solium Infernum is a turn-based strategy game created by Cryptic Comet. The players take the roles of demon lords of Hell (of varying ranks, determined by the player's build at the start of the game), who in Lucifer's absence, have decided to take it upon themselves to fill the Evil Power Vacuum.