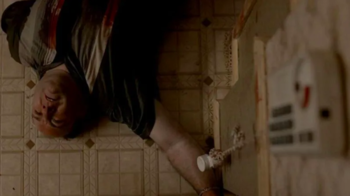 Carmela has Hugh begin work on the new spec house for her. But things hit a snag when the new inspector issues a stop-work order, insisting that Hugh has to start over with the more stable Fir required by regulations, instead of the cheaper Pine that Hugh usually works with.

Eugene receives a $2 million inheritance from his Aunt. He wants to retire to Florida, under considerable pressure from his wife. He also has a son who's addicted to heroin. He pleads his case to Tony, who postpones the inevitable refusal. Eugene desperately tries to garner an acceptance by making a plea through Chris. Chris grabs the opportunity to extract a free and risk-free (for himself) hit job on Teddy, who's run out of time to make good his sports gambling debt to Chris. Eugene carries out the hit, but is shown to be extremely stressed and wanting to leave the mob life more than ever. Tony refuses the request afterwards, and has Silvio deliver the bad news to Eugene.

Eugene also turns out to be another FBI informant, and he's become even more crucial following Curto's death. The FBI also shut the door on his desired move to Florida. His wife becomes increasingly angry at him for not being able to make the move to Florida, and they have numerous arguments with each other. His marriage is on its way to a breakdown. Eugene decides everything is too much for him, and hangs himself in his garage.

Mobsters loyal to New York capo, Gerry Torciano, brutally attack Hesh and his friend, Eli. Eli is hospitalized after getting struck by a car while desperately trying to flee the mobsters. Tony tries to arrange a sit down with Phil and Jerry, but Phil is not returning his calls. Tony in turn has to lean on Johnny Sack, through his brother in law, to get Phil to take it seriously. Tony and Phil work out a deal that sees compensation to Eli, and a split on the office park that favors New York.

Tony is constantly wrangling with both of his sisters, Barbara and Janice, as well as Bobby, over making sure that a deteriorating Uncle Junior is looked after. Tony refuses to sent Junior to a retirement home, citing expenses and living conditions. But a therapy session with Dr. Melfi reveals that sending Junior to a retirement home would fuel Tony's own fears about spending his last days as an invalid dependent robbed of dignity.

Tony decides to look after Junior himself for a night after deciding he can't trust other family members to look after it. He's preparing a pasta meal for Junior. Junior emerges with a gun and shoots Tony in the gut, under the delsuion that Tony is his old nemesis, Pussy Malanga. Junior runs up the stairs and hides in his bedroom closet. Tony struggles through the pain of his wound, and manages to dial 911 before passing out.