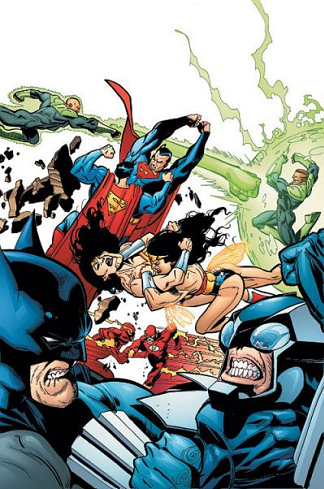 This is when a team of characters, generally Color-Coded for Your Convenience, faces off against their counterparts, and specifically plans for or around any possible confusion that could arise by the matching schemes and themes. As with the Psycho Rangers page, confusion could be invoked by one side by an Opponent Switch.

Maybe it's to help each other understand what's going on. Maybe It's Personal, or to stop a case of The Only One Allowed to Defeat You. If this shouldn't be possible due to the characters looking nothing like each other, this is meant to invoke a bit of Rule of Funny.

Designated Girl Fight is a related trope. May lead to Fearful Symmetry.