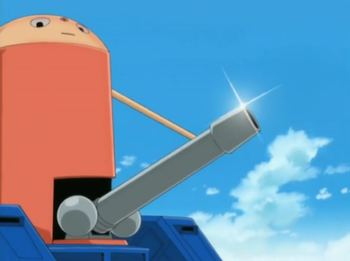 It's really perfect.
This page, in a way, is somewhat redundant, since Gintama is a gag series. Nonetheless, there are many highlights:

Gintama The Movie: Be Forever Yorozuya