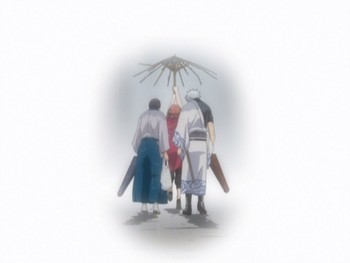 For a gag series, Gintama has a lot of heartwarming moments.