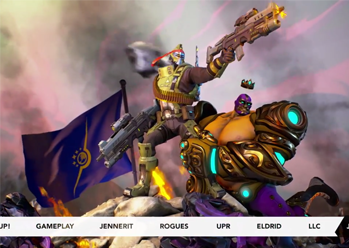 SCRIPTS ARE FOR LOSERS!!

As expected of Gearbox Software, the creators of Borderlands, Battleborn has quite the humor.

open/close all folders
Trailers
The Battleborn themselves

Attikus and the Thrall Rebellion