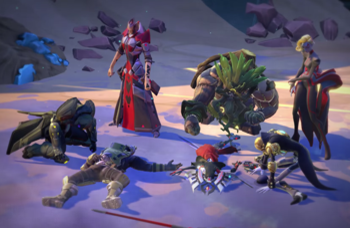 While Gearbox's Battleborn may be colorful and vibrant, it does have it's sad moments.