Characters / Dawn of the Arcana
aka: Reimei No Arcana

The characters of the manga series Dawn of the Arcana: 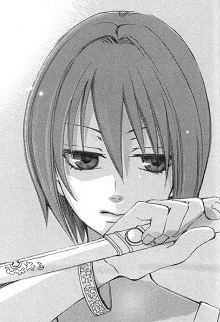 The Princess of Senan who is arranged to marry Belquat's second-in-line, Prince Caesar. Nakaba is resented by nobles for her inferior red hair and illegitimate birth, forcibly residing in a remote tower for most of her life. Initially emotionless and resigned to her life as a "prisoner" of Belquat, her new found ability, Time's Arcana, as well as her growing relationship with Caesar and her strong friendship with Loki, is what allows Nakaba to develop into a stronger person who wants to help others. 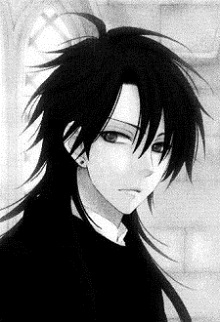 Second-in-line to the Belquat throne and Nakaba's husband. Caesar has been pressured from a young age to fight for the throne due to his noble background and black hair, but he shows disinterest in becoming Belquat's succeeding king. He initially starts off as a childish and immature, young man that is empty and devoid of any purpose, but it is only through Nakaba's kindness and eventual love that Caesar becomes a more kinder person who is willing to do what is right. 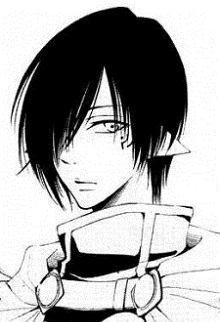 Nakaba's attendant and longtime friend. Loki is a sub-person: a half-beast and half-human with beast ears and a tail. He is important to Nakaba, as he has stayed by her side and taken care of her since she was a child, and is the only person from Senan who accompanies her to Belquat, as well as her only source of comfort and solace in an unfamiliar country that despises her. Loki is distrustful of Caesar and is determined to protect Nakaba.

The current king of Senan and Nakaba's grandfather. He harbors hatred towards Belquat for the murder of his only daughter (and Nakaba's mother) and confined Nakaba to a remote tower in the Senan castle for most of her life. Though Nakaba is similar to her mother, he is unable to love her.

Nakaba's mother and the previous direct heir to the Senan throne. She is the only beloved child of the King of Senan. She ran away with her lover to an Ajin village, where Nakaba lived her childhood in, and sacrificed herself during Belquat's attack in order to save Nakaba and Loki.

Nakaba's relative (half-cousin) and a grandson of the king and the present queen of Senan. He is first-in-line to the Senan throne.

A sub-person who was one of few friends that Nakaba had in Senan.

Rito's mother. Other than Rito, she was the only other person who was kind to Nakaba during her stay in the Senan Castle. She is imprisoned in Nakaba's tower at the king's command, blackmailing Rito into spying on Nakaba in order to free her.

The king of Belquat and the father of Caesar and Cain.

The mother of Caesar and King Guran's second wife. She is determined to make sure Caesar surpasses Cain in becoming king and continues to feel jealousy and resentment over King Guren's preference of Lady Sarah over her. She was originally a concubine and her titles with Lady Sarah were switched in order to secure Caesar's legitimacy to the throne.

Cain's mother and King Guran's first wife. She was born a commoner and is the favored wife of King Guran. However, noblemen disliked her for her blonde hair and commoner status. Sarah died of an illness and had her titles switched with Queen Rosenta due to Caesar's birth. This is one of the factors that drives Cain's resentment towards Caesar.

Caesar's older half-brother and first-in-line to the Belquat throne. He is arranged to marry Louise.

The daughter of a Belquat general and Cain's arranged fiancee. She is in love with Caesar and is jealous of Nakaba.

The Belquat king's trusted advisor who is often in the company of Caesar. He joins Nakaba's quest alongside his younger sister Lemilia.

Vernas' younger sister who quickly develops a fast friendship with Nakaba and is the second person who Nakaba successfully rescues from a foreseen demise. She also has an Arcane that allows her to read minds.

Lithuanel's second prince and Ahkil's older half-brother, Azuhal was born on the same day as the first prince Baatar. Ahkil prefers to see Azuhal gain the throne in comparison to its direct heir and requests Nakaba and the others to help capture the bandits plaguing their cities in order to help Azuhal succeed the throne.

Lithuanel's fifth prince. He briefly meets Nakaba during his visit to Belquat and knows a lot of information about Time's Arcana. Ahkil requests several times for Nakaba to visit his country in order to use her power to see its future and to stop any strife.

Irasifu or Elaheh, in the official romanization.

A snake-like Ajin who is among the bandits attacking the Lithuanel cities.

An Ajin who Nakaba and the others meet in Ajin Village. He joins them in their quest to Senan.