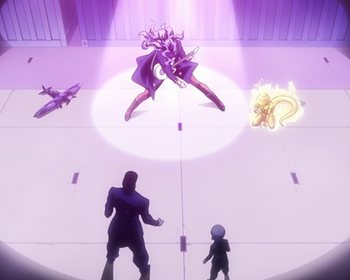 , you know this series is gonna have some awesome tunes!
Advertisement:
open/close all folders
Anime/OVA
Season One: The Animation (Phantom Blood (Part 1) and Battle Tendency (Part 2))

Video Games
Heritage for the Future