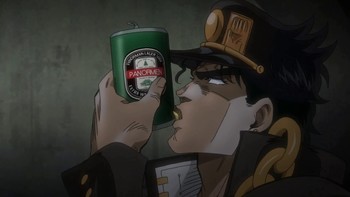 A very unorthodox way to drink beer, but this is JoJo's Bizarre Adventure we're talking about.
Advertisement:

Adapted from the one at animedrinkinggames.com