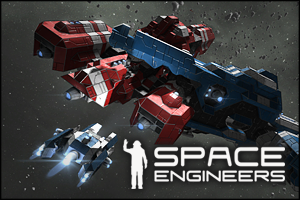 is a survival-crafting physics sandbox developed by KEEN Software House. Players assume the role of astronaut engineers building structures and vehicles in the depths of space, using resources mined from asteroids and small planets.

saw a full release in February 2019, and a port