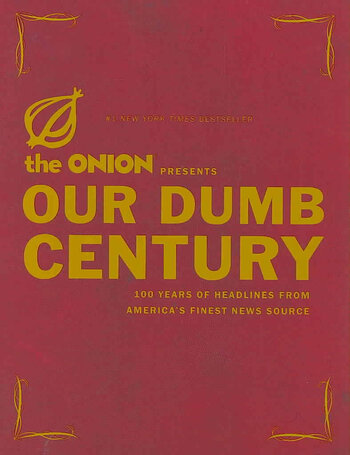 Our Dumb Century is a mock 20th-century retrospective by the writers of The Onion. It consists of fake front pages whose look and feel parodies that of each era of the century, with headlines and articles making fun of news stories throughout the century.