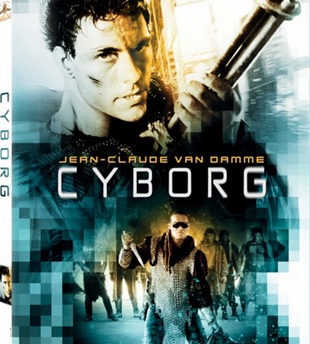 The film starts After the End, in a world that has been shattered by war, the collapse of civilization, and just for fun, a plague ravaging the survivors. The titular cyborg, Pearl, has been sent from Atlanta to New York City to retrieve information for a group of scientists and doctors looking to both cure the plague and start restoring society. Unfortunately, Fender and his deadly gang of marauders learns of the mission and moves to intercept Pearl and her bodyguard. The bodyguard is killed, letting Pearl escape just long enough to encounter Gibson for the first time. Gibson is a "slinger", a mercenary who normally fights bandits like Fender's gang only for the money, but Gibson is already hunting Fender for personal reasons.

Gibson and Pearl get separated by a couple of Fender's mooks, and Pearl is brought to Fender, who offers to escort her back to Atlanta, where he plans to steal the cure for the plague and kill the holdouts. Pearl agrees to travel together, hoping that the resources of her superiors will enable them to defeat Fender's group when they arrive, and in the meantime Gibson tracks Fender and is joined by Nady, a survivor of one of Fender's raids who has lost many loved ones to the plague, and whose primary goal is to help Pearl get the cure to the scientists.

Directed by Albert Pyun and produced by The Cannon Group, it is considered one of Pyun's most mainstream and commercially successful films. Had two sequels, but In Name Only. The first sequel marks Angelina Jolie's debut.