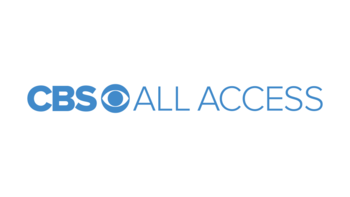 CBS All Access is the premium streaming service of ViacomCBS.

It was launched in 2014 as the first over-the-top (OTT) offering by an American broadcast television network. In 2016, CBS announced an agreement with the NFL to allow clearance of regional NFL games carried by CBS on CBS All Access from Week 13 of the 2016 NFL season on.

In 2017, CBS All Access started offering original series in 2017, beginning with The Good Fight and Star Trek: Discovery. The latter was intended to be the flagship series on the service but production delays meant that the former was moved up to take its place.

In February 2020, as part of its post-merger strategy, ViacomCBS President and CEO Bob Bakish announced that CBS All Access would be relaunched under a new name as an all-encompassing platform showcasing content from the conglomerate's family of brands, similar to HBO Max and Peacock. The new service, which expects to see a soft launch later in 2021, will include content from Pluto TV and also offer Showtime as part of a premium tier.