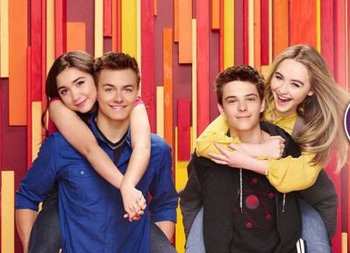 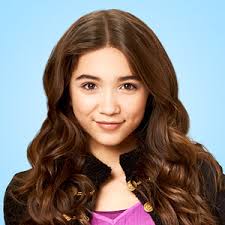 The titular "Girl" looking to make her way in the world. Riley is the eldest child and only daughter of Cory and Topanga, the main characters from Boy Meets World. She has several similarities to her father, from his compassion to his occasional neurotic tendencies. 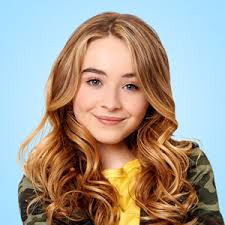 Riley's best friend. Maya is wild and rebellious, showing it in her actions, such as protesting homework and almost lighting the class' homework on fire. She has a troubled past, but is socially adept, fiercely loyal, and street-smart. 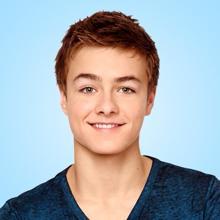 Lucas is another one of Riley's friends, but also her love interest. He is originally from Austin, Texas. 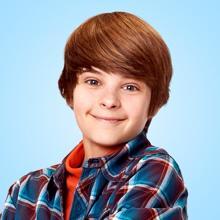 Farkle is a close friend of Riley and Maya, and also has crushes on both girls. In "Girl Meets Sneak Attack," it is shown that he cares for the two, and will do anything for them to be happy. He is smart and a big flirt, while also being quite unusual. He is shown to be the teacher's pet in many episodes. He is the son of Cory and Topanga's former classmate, Stuart Minkus, with whom he shares many similarities. His mother is another former classmate of theirs, Jennifer Bassett, a scary ex-girlfriend of Shawn's who appeared in two episodes of Boy Meets World.

Auggie is Riley's 5-year-old brother, and Cory and Topanga's son. When he grows up, he wants to be like his father.

Auggie's "wife" from down the hall.

Maya's mom who worked as a waitress at the Nighthawk Diner and now works at Topanga's Bakery. She frequently fails to show up to any event that is of importance to Maya.

The debate team president from Einstein Academy. She's interested in Farkle and becomes friends with Riley and Maya.

An old friend of Lucas from Texas who transferred into the class in Season 2.