This is a work-in-progress page for characters from the Surge Concerto series, as they are depicted in Ciel nosurge. For characters and tropes exclusive to the sequel, please add them to the corresponding page.

All spoilers are unmarked due to the sheer number of them in character pages although tropes that detail the sequel should remain marked. Be careful. 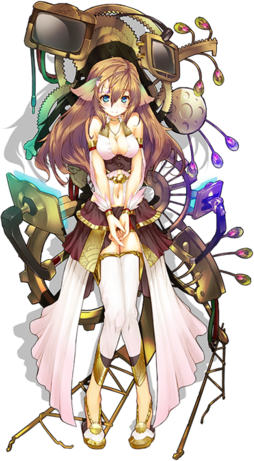 The protagonist of Ciel nosurge, and the empress candidate of the Tenmon (Astronomical faction) group. Unsure of herself, she wants to do what she can to save Ra Ciela but lacks conviction at first, especially compared to the fiery and determined Kanon. Ion is quite the gearhead, and loves tinkering with machinery. 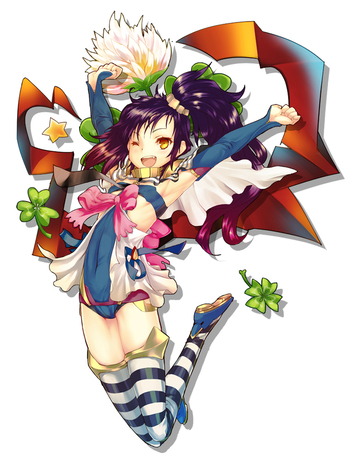 An energetic singer and idol with a twisted and complicated past who inhabits the body of an artificially created genom, she befriends Ion early on. 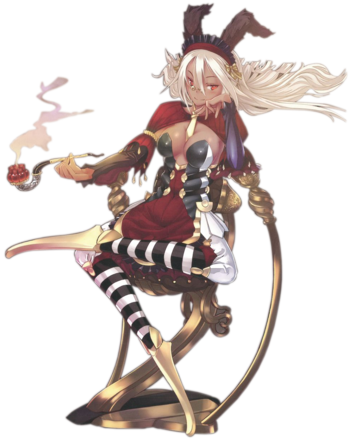 An eccentric woman who is the only resident of the dreamworld besides Ion. Runs a shop from which the player can get virtual cards that can send Ion and the player to make-believe worlds. 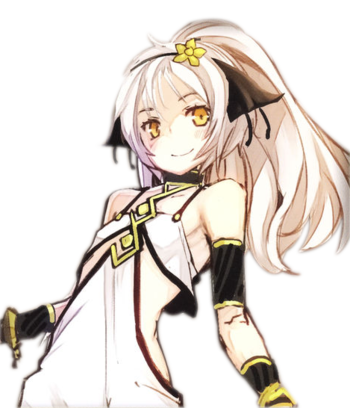 Known as 'Reon' at first and then as 'Nero' eventually, her real name is 'Ulyliyha'. She is a being who was summoned and imprisoned by humans 5000 years ago. Her power was used 5000 years ago to teleport humanity away from a different dying planet to Ra Ciela. Her main wish is to be returned to her home world. Like Zillillium, Nero will use any means necessary to get what she wants. 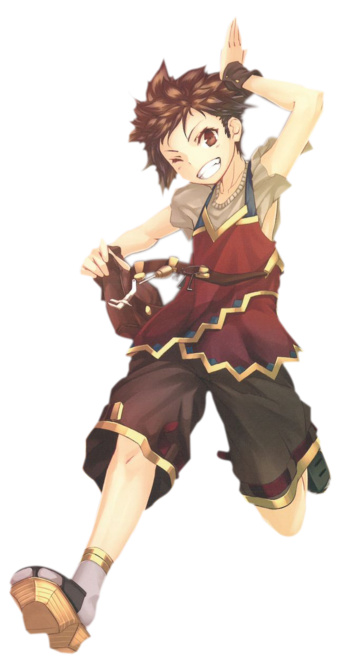 A young boy from the town of Manjusara who saves Ion. Childhood friends with Casty, he always rushes into danger to help his friends and cheers them up however he can. Headstrong but a bit thickheaded. 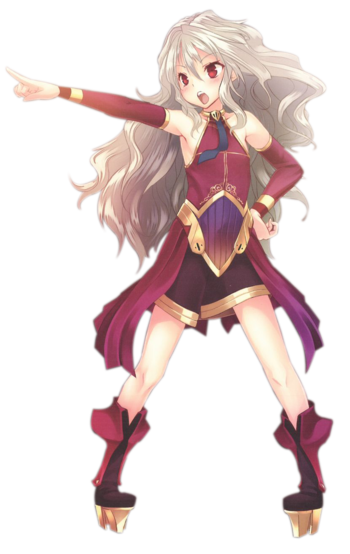 A young girl from the town of Manjusara who is friends with Tabou. Haughty and arrogant at first, she's a good person underneath her cold exterior, you could call her a tsundere. 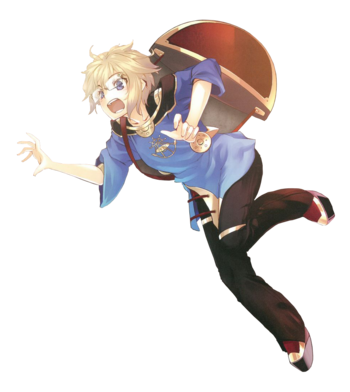 A young mechanical genius and is best friends with Tabou and Casty. 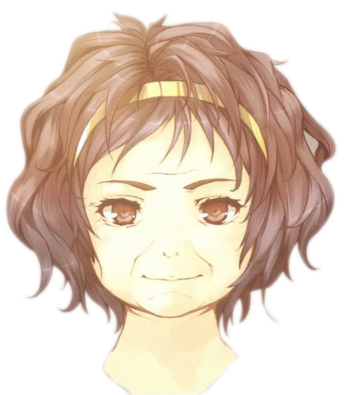 The mother of Tabou and the owner of the General Store, Ruru's in Manjusara. 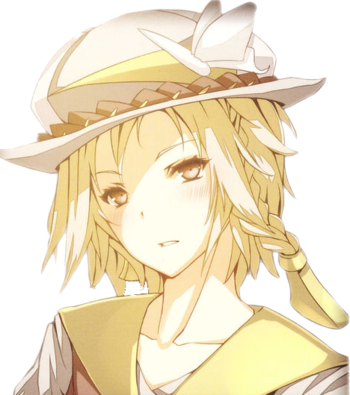 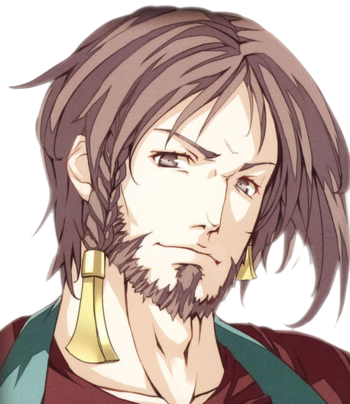 Community Representatives of the Tenmon and Chimon community(respectively) in the Dreamsphere Colony. Despite their rivalry and endless bickering, they care for each other a lot. 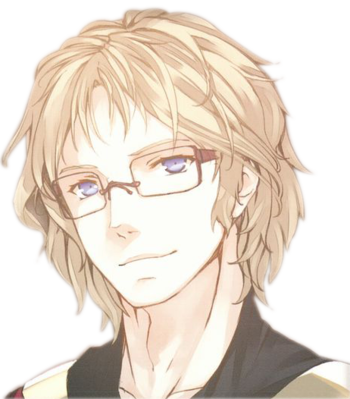 A bright and kind, nerdy figurine collector who is also a hacker-enthusiast, he lends his technical expertise to the party many times.

Big Brother Mentor: To Pram. He was the one who taught and instilled in him a curiosity to study cielnotrons at a young age.

Located at the Colony Four Seasons, they are a hacker organization in opposition against the Tenmon and whose goal is the salvation of the world.

A young girl and childhood friend of Casty's. A hacker prodigy. The leader of the resistance group 'Quantize'. Helps the party however she can throughout the story. 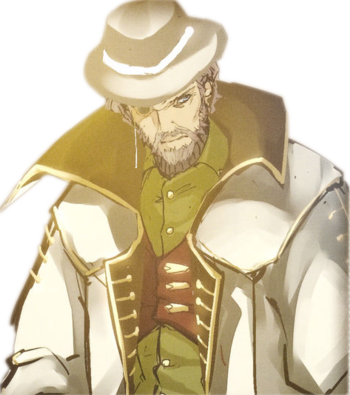 A highly reowned scientist who formerly worked with the Tenmon. He is the ex-leader of the research team at the Genomirai Laboratories and the creator of the Cielnotrons.

A political faction that places their faith in human technology and ingenuity. They developed advanced devices that allow humans to make use of song magic without needing the help of Genoms. Formerly a subordinate faction to the Chimon, the Tenmon rose in power due to the invention of Cielnotrons, eclipsing the Chimon and becoming the ruling faction of Ra Ciela. They take great pride in being free of ancient traditions imposed by the Chimon. 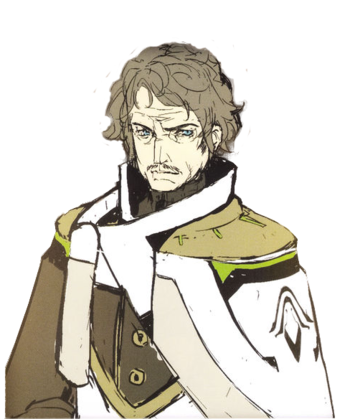 The Leader of the Tenmon Faction and the father of Renall and the Original Ion (Nay). A ruthless and ambitious man who wants nothing but to secure his position and seeks the death of all Genoms in Ra Ciela. 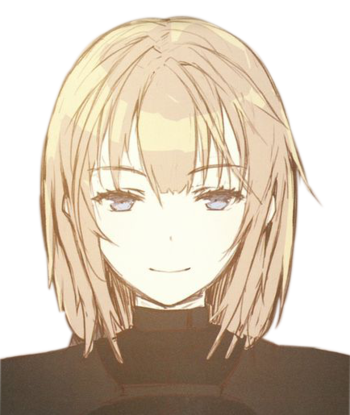 A high-ranking officer in Tenmon's special PLASMA task force, her conscience and the orders she receives from above are a constant source of conflict for her. 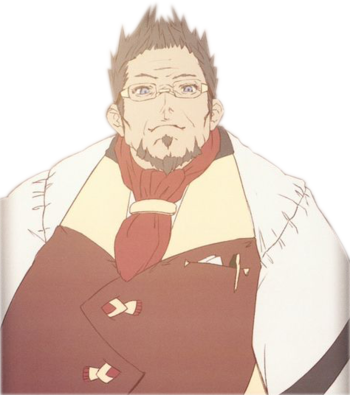 President of the Tube Company and the father of Sarly.

A political faction that admires and reveres the Genom and their close relationship with the planet, they think that humanity should learn more from the way the Genom live. Formerly the ruling faction of Ra Ciela until the Tenmon eclipsed them in power through the invention of the Cielnotrons, greatly reducing the usage of synchronizing with Genoms and endangering them in the process. However, they still wield considerable power despite the heavy loss of influence and followers. They lead the Save Bezel Project, the counterpart to Tenmon's Grand Phoenix project. 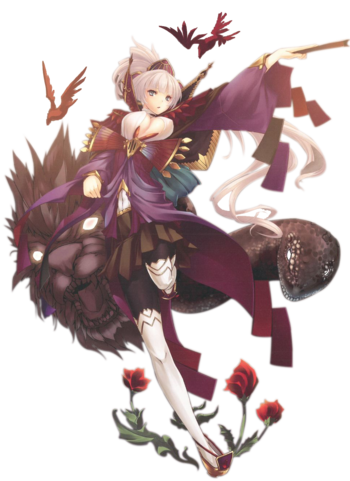 The empress candidate of the Chimon (Earthbound faction) group. Sophisticated, good at public speaking, and firm in her ideals, she wants to save Ra Ciela and at first thinks that Ion is too wishy-washy and weak to enact real change. She has a weakness for cute animals, especially birds, although she's embarrassed by it. Highly dignified, kind, and elegant. 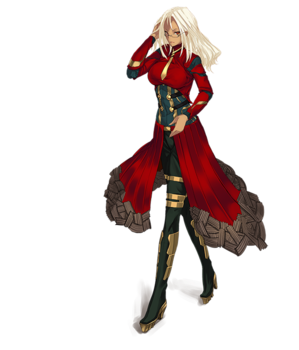 A genius researcher aligned with the Chimon faction who aims to create a world where everyone lives in harmony as Sharl-like creatures that lack individual free will. She is in love with Undu, a researcher who currently inhabits Nero's body after he lost his in an accident. Her secondary goal is to rescue him. She will stop at nothing to achieve her goals.

A professor at Genomiral Laboratories who onced worked with Clacket and eventually Zill. He is responsible for the creation of Kanon.

He is currently trapped in Nero's mind.

The father of Casty. A loyal follower of Kanon, he is a former employee of the Tube Company and one of the two apprentices of Professor Clacket alongside Neptool.

A race of creatures that live on Ra Ciela that are capable of synthesizing with humans to bind and create song magic. 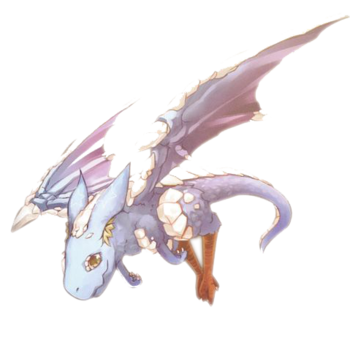 A small genom that looks like a tiny flying dragon. Ion saves him by synchronizing with him and becoming his genom partner. He worries often about how he is holding back Ion by being such a weak genom.

The king of the genoms, he is Kanon's genom partner. Like most genoms, he seeks harmony between the planet and the people living on it.

An enoromus genom whose vast stores of knowledge are like a library of history.