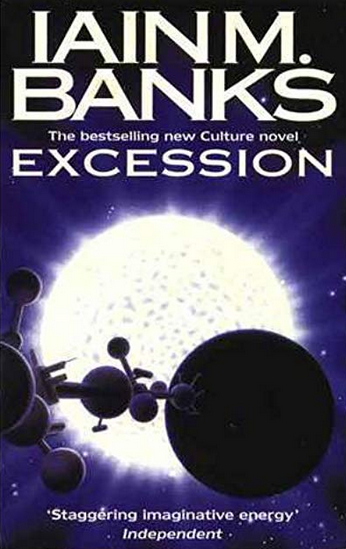 Excession is the fourth Culture novel, written by Iain M. Banks. It concerns the reactions of individuals (mostly Minds) of the Culture (and other interspatial species) to the discovery of an unknown and enigmatic artifact: The Excession.