Literature / The Player of Games 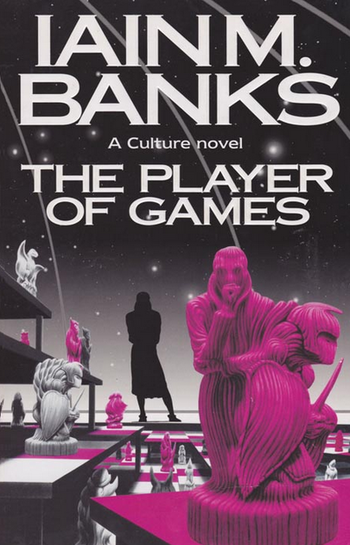 The Player of Games is the second Culture novel by Iain M. Banks and the one that's generally considered the best introduction to the seriesnote  Its predecessor, Consider Phlebas, is excellent, but doesn't so much as "introduce" you to The Culture as throw you at it. It tells the story of Jernau Morat Gurgeh, an expert game player, who is recruited/blackmailed by Special Circumstances into traveling to the Empire of Azad, a brutal regime where one's social rank is determined by playing the highly complex game of Azad.

The Player of Games provides examples of the following tropes: