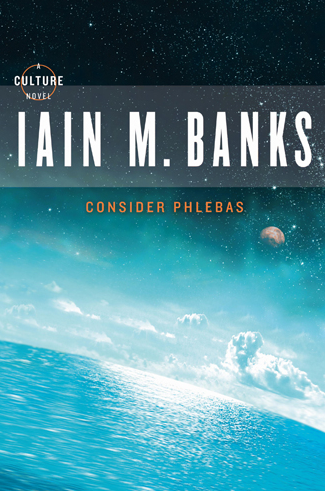 Consider Phlebas is the first Iain M. Banks novel set in The Culture. It concerns the war between the Culture and the Idiran civilization, an event whose repercussions affect all of the future novels in the series. Interestingly, the novel is mostly told from the perspective of Bora Horza Gobuchul, a "Changer", who sides with the Idirans and sees pretty much all of the Culture's signature aspects in a highly negative light.