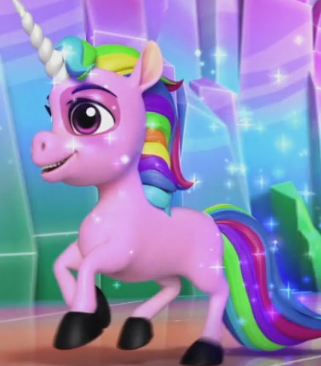 Rainbows and unicorns are commonly paired together in modern works. Although the two weren't traditionally linked in older unicorn folklore and mythology, the association does make more than a bit of sense. Both rainbows and unicorns embody beauty, magic, and rarity.

There are several ways this trope can manifest:

Sub-Trope of Everything's Better with Rainbows, Rainbow Motif, and Unicorn.