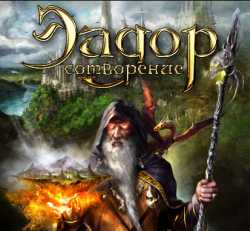 A place where you'll spend your next couple of months
"Eador is a universe made of countless shards of land drifting in the Great Nothing. Each of the shards is a little world unto itself, with geography and citizens of its own. The power over the shards is bitterly contested by Masters, the immortal beings mortals believe to be gods."
"Take the role of a mighty Master and shape the destiny of Eador, on land and within the astral plane itself. Explore the land and rule provinces as you see fit, defend them, and keep the populace in line or they may rebel. Choose from thousands of items—swords, spells, weapons, armor, and more—to outfit the heroes you recruit so they may best meet any challenge. Keep your heroes healthy and they will grow stronger as they gain experience from battle. Forge alliances and engage in the delicate art of diplomacy as you negotiate trade agreements or wage war against a mutual foe. Eador with its many wonders and adventures awaits, will you answer the call?"
— From the game's description at GOG.com.
Advertisement:

At first glance Eador (pronounced eh-ah-dOhr) may seem like Heroes of Might and Magic or Age of Wonders clone, but scratch the surface and you see a complex empire building game similar to Dominions, Civilization and (somehow) Europa Universalis. You simultaneously fight tactical battles not unlike King's Bounty or Age of Wonders; develop your home castle, build upgrades in provinces; keep an eye on population growth and mood; send your heroes on quests, to invade neighbouring provinces, into dungeons or to explore lands in search for resources; make alliances and trade with other players; buy and repair equipment or powerful artifacts for your heroes; learn and use rituals that affect the world and simple spells useful in battle; react to random events that influence the economy, world and your alignment... This is a big game.

Campaign follows you, one of the Astral Lords, on a quest to gather shards of Eador. Each shard is independent world, and you have to fight other spiritual beings like you as well as local rulers to add it to your own big world. It gets much more complicate when you meet other Lords and realize the danger of global Chaos invasion that devours all that exists. The game gets progressively more complex as your unlock new buildings, units, spells, rituals, quests. Of course, you can start singleplayer or multiplayer game on a single map with everything unlocked. Main castle has more than 200 buildings, many of each are mutually exclusive, and you can forge alliances with many races that give you unique buildings and units, so there's much strategic thinking involved.

Eador: Genesis was released in 2009 in Russia and nowhere else until December 2012 when it was released internationally via GOG. Eador: Masters of the Broken World is an Updated Re-release with 3D graphics and features that came out in 2013 and is available on Steam and GOG. The first expansion for Masters of the Broken World, Allied Forces was released June 2014, adding a swathe of new units, chiefly variants on the demihuman/humanoid units which can be recruited via an alliance. May 2016, a new expansion, Eador: Imperium was announced and placed on Steam Early Access.