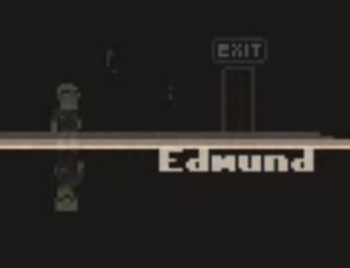 Edmund is a very short freeware Platform Game, made by one Paul Greasely in two months and released in 2013. It is about a subject that isn't explored too often in video games: rape. It follows the story of a taxi driver named Michael on the night he meets the eponymous character. After witnessing Edmund rape a woman at a bus stop, Michael gives chase, and the player discovers that there is much more to these two men than meets the eye.
Advertisement:

As one might expect, this is a rather disturbing game. Those who aren't faint of heart can find it here

, or watch a Let's Play of it here