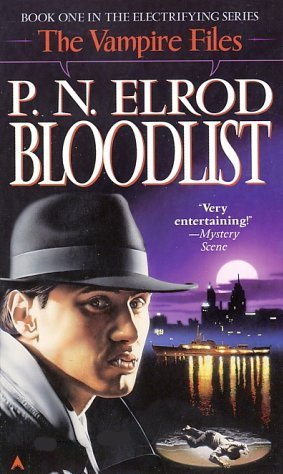 The Vampire Files is a series of books by P.N. Elrod. It is the memoirs of one Jack Fleming, vampire, private investigator and later club owner, set in 1930's Chicago, starting in 1936. The core cast consists of Jack Fleming, former reporter and current undead, Charles Escott, a British private agent and former theatrical actor, and Bobbi Smythe, Jack's girlfriend and former night club singer.

A collection of all the above short stories and at least one new one is supposed to be released eventually. A spin-off series called Jonathan Barrett, Gentleman Vampire was also written by Elrod. It is currently four books long and tells the back story of a character introduced in Bloodcircle.