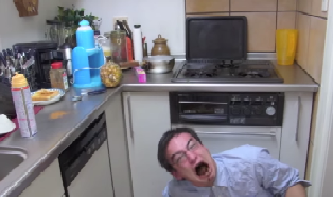 When will my reflection show...note He's doing the cinnamon challenge by the way.

Trying to make a Filthy Frank Funny Moments subpage would be considered pointless due to most of his videos being both vulgar and offensive at best, but just for the benefit of the doubt...