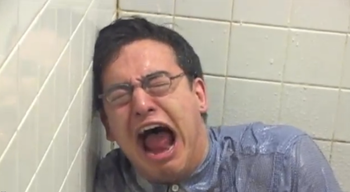 Who knew that such a surreal and offensive web series would have heart wrenching moments?

Now has its own page.