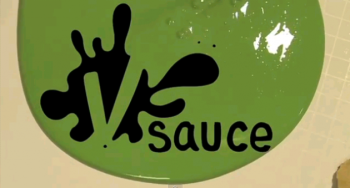 Vsauce is a group of three channels hosted by Michael Stevens, Kevin Lieber, and Jake Roper.

In addition to scientific topics, they talk about various geeky and thought-provoking subjects. They collaborate with other YouTubers and celebrities like Adam Savage.

Not to be confused with Vinesauce, which is a collective of gaming channels.

The main Vsauce series are:

Vsauce contains the following tropes. Or does it?

And as always, thanks for watching.
Feedback

An advertisement for VSauce's Curiosity Box with stickers of the planets that are to scale.

An advertisement for VSauce's Curiosity Box with stickers of the planets that are to scale.