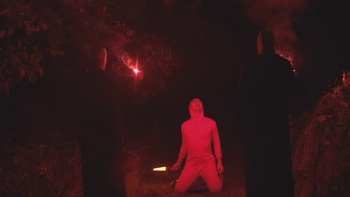 Come to the darkness.
Advertisement:

It doesn't take a genius to see within seconds that the Frank-Verse is not somewhere you'd want to live. As Frank's videos show us, there are some aspects and events within this universe that will make you stay awake in the wee hours of the night.