Film / A Walk Among the Tombstones 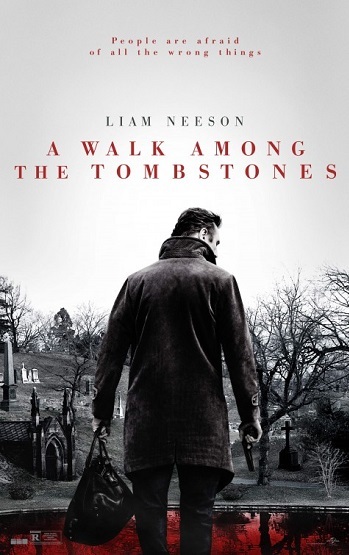 People are afraid of all the wrong things.
"I stopped drinking that day. It just wasn't as fun after that."
— Matthew Scudder
Advertisement:

2014 movie based on the book of the same name by Lawrence Block. Directed by Scott Frank. Set in 1999, the film follows a retired cop turned private investigator Matthew Scudder being dragged into a kidnapping/murder case. As the body count goes up, he must use unreliable witnesses and gut intuition to try to catch the murderers. Starring Liam Neeson. It contains a mix of suspense, thriller and neo-noir elements.

A Walk Among the Tombstones contains examples of:

...and to practice these principles in all our affairs.