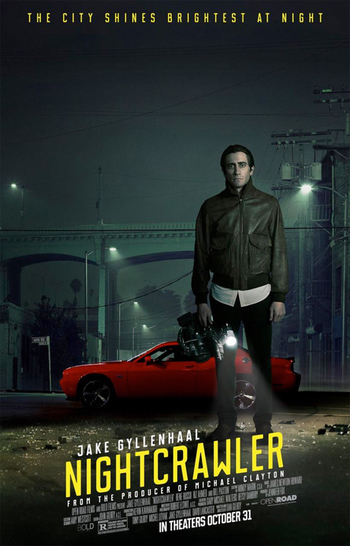 Gyllenhaal plays Lou Bloom, a man who's trying to make an honest living in a dishonest way. He stumbles upon the world of "nightcrawlers" - cameramen that record graphic footage of violent incidents at night to be sold to local TV stations - and establishes himself with an unwitting partner, Rick (Ahmed), to get in on the game.

Nothing to do with the X-Men character.

"YOU HAVE TO MAKE THE MONEY TO BUY A TICKET!!!"