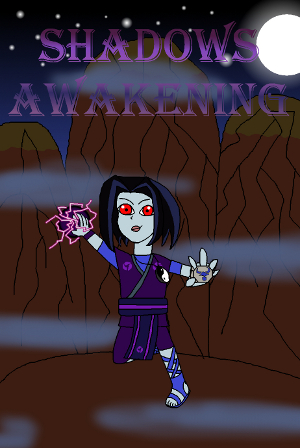 is a Jackie Chan Adventures fanfic by Ander Arias, and a part of Project Dark Jade.

After Daolon Wong escapes prison, he finds an artifact that uses to restore his lost powers, but said artifact also partially reawakens Jade's Superpowered Evil Side, the Queen of the Shadowkhan, granting her many magical and superhuman abilities. While Jade still retains her mind, it will be only a matter of time before she's corrupted by the Queen's influence. Now the Chans must recover the very same artifact if they want to return her back to normal, which is in Wong's hands. Meanwhile, Wong will seek to uncover the power of the Shadowkhan for his own goals.

Description: Jade finds herself as the wielder of a great power, but said power comes with a price. Her only hope to return back to human before having to pay the ultimate price lies in one of her family's worst enemies, who plans to unleash an unspeakable horror into the world.