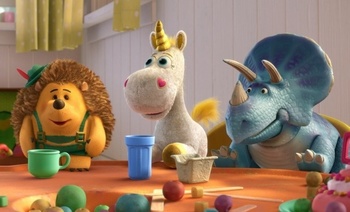 The toys owned by Bonnie Anderson before the arrival of Andy Davis' toys, or toys who were never owned by anyone else than Bonnie. 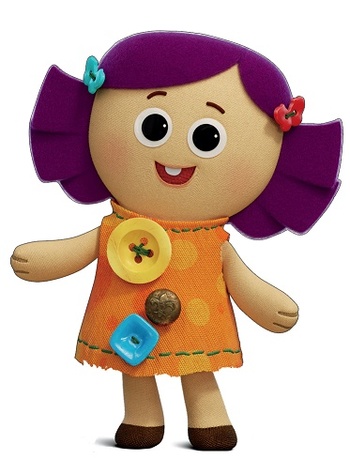 "Woody? You're really gonna stick with that? That's coming from a doll named Dolly."

A friendly, somewhat snarky little ragdoll with purple hair, googly eyes, and an orange dress that Bonnie made herself. Along with the rest of Bonnie's toys, she reveals to Woody the terrible secret of Sunnyside, and helps him get back to save his friends. At the end of the film, she shows Andy's toys that they've made it to having drawings on Bonnie's wall, and is seen along with the other toys dancing along to the Spanish version of "You've Got a Friend in Me". 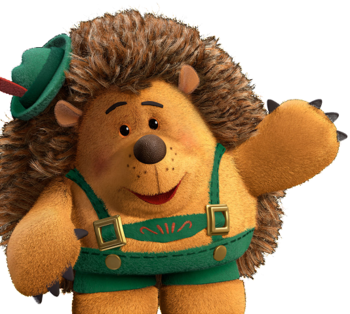 A stuffed hedgehog toy who wears Lederhosen, and a self-defined Classically Trained actor, who prefers to stay silent and hush other toys even when not being played with. Congratulates Woody on his brilliant performance when he first arrives. Along with the rest of Bonnie's toys, he reveals to Woody the terrible secret of Sunnyside Daycare, and helps him get back to save his friends. During the credits he puts on a production of Romeo and Juliet with himself as Romeo, and one of the squeeze toy aliens as Juliet. 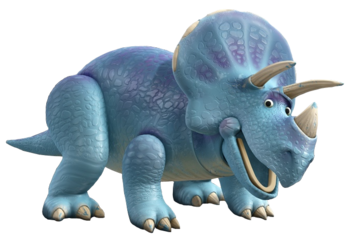 "Everyone needs an apartment shaped like their own head!"

A blue plastic triceratops from the same toyline as Rex. She spends lots of time on the internet, playing online games and chatting. Along with the rest of Bonnie's toys, she reveals to Woody the terrible secret of Sunnyside, and helps him get back to save his friends. During the credits she is seen playing a computer game with Rex. 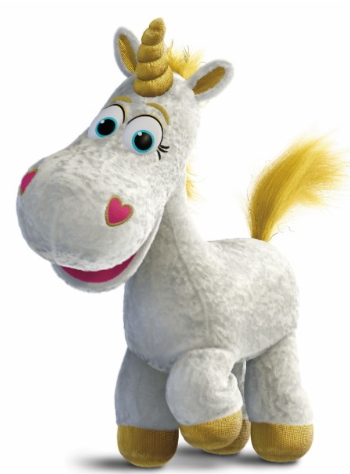 "THERE IS NO WAY OUT!... Just kidding. Door's right over there."

A plush unicorn. Along with the rest of Bonnie's toys, he reveals to Woody the terrible secret of Sunnyside, and helps him get back to save his friends. He has become good friends with Hamm.

Peas in a Pod 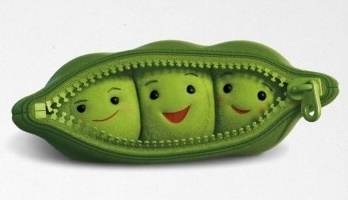 A trio of plush peas, Peatey, Peatrice and Peanelope, with a zipper pea-pod. They have the personalities of small children. Along with the rest of Bonnie's toys, they reveal to Woody the terrible secret of Sunnyside, and help him get back to save his friends. During the credits they are seen climbing in Mr. Potato Head's tater tush, to which he responds, "I told you kids to stay out of my butt!" 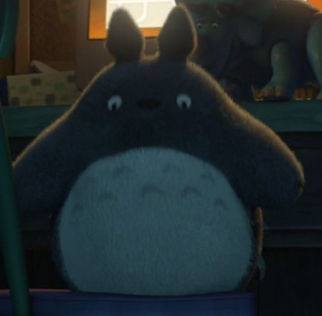 A big plush toy based off the title character from the Japanese film My Neighbor Totoro. He befriends Buzz and the Aliens in the credits, giving the aliens a fun little ride as he juggles them around. 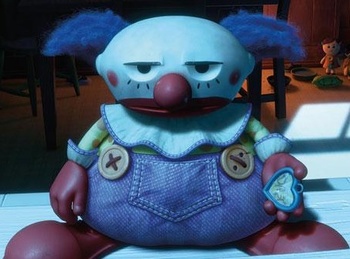 A depressed clown who was abandoned together with Lotso and Big Baby. After Lotso took over Sunnyside, he left and came into Bonnie's care. 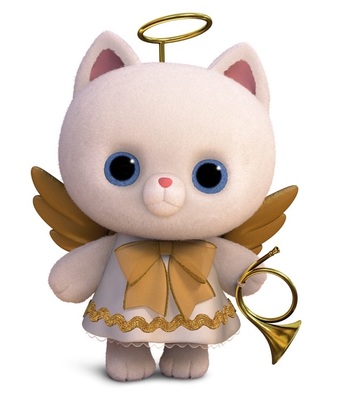 "Be grateful for your gifts. They are all around you."

The Christmas Decorations only get out at Christmas and seem to be grateful for every moment they have, and Angel Kitty speaks only in wisdom phrases related to Christmas. 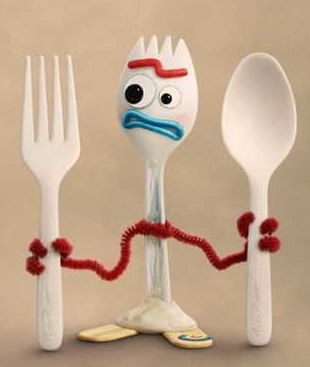 Other Appearances: Forky Asks A Question

Forky is a spork that was made into a toy by Bonnie with pipe-cleaners and googly eyes. 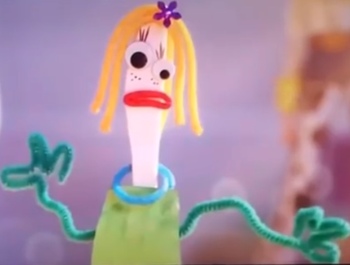 A new toy crafted by Bonnie, this time on the basis of a plastic knife.

Other Appearances: Toy Story of Terror! | Forky Asks A Question

Other toys of Bonnie, notably five older toys she had placed in her closet with Woody. 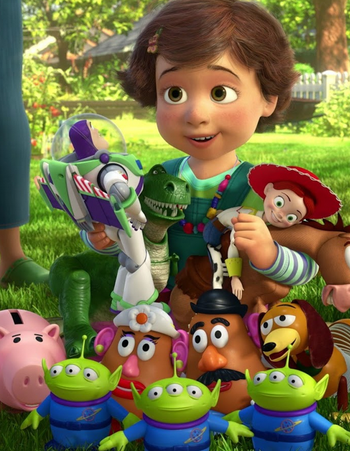 When Andy Davis departed for college at the end of Toy Story 3, he donated his remaining toys to Bonnie Anderson.