Characters / The World of Kanako

Note: This is a very spoiler-heavy movie with many plot-twists and surprises. Read at your own risk. 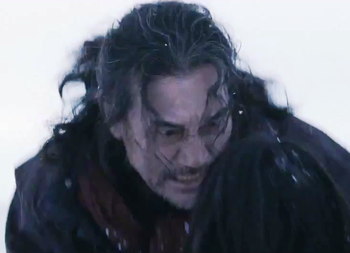 Akikazu Fujishima
Akikazu Fujishima is an alcoholic, violent, dysfunctional ex-cop and the father of Kanako. He is very cynical and just seems to wait for his death. Some day, when Kanako goes missing, he seems to have found his mission: to find Kanako by all means and to retrieve his "ideal" family (although the very reason of the family breakup was his problematic personality). He is very brutal, merciless and not capable of taking his responsibility as father. His journey leads him to Kanako's friends, to the Yakuza and to super-evil cop Aikawa, who seems to be his only lead to Kanako. The last place he visits is a windy snowfield where Kanako has been buried by her teacher and he can't find her.
Advertisement:
Kanako (MAJOR UNMARKED SPOILERS) 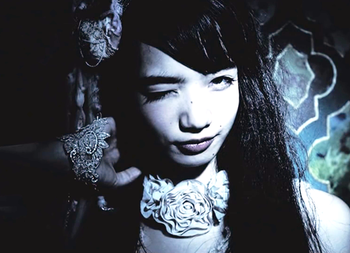 Kanako
Kanako is Akikazu's daughter. She is very beautiful and one of the best students at school. After her first boyfriend Ogata commits suicide in a very tragic event, she gets to know the narrator who is a victim of bullying too. She helps him to gets rid of them and gives him a new perspective on life. They plan to leave town and start a new life. However one day, she leaves all personal belongings behind in her room and goes missing, without much of a trace where she could be and Akikazu starts his search.

It turns out that she is the one who causes all the trouble. She didn't care about Ogata's death and does everything to ruin the narrator's life. She pushes her classmates into a prostitution ring and deals drugs. She indulges with some old men too and collects multiple evidence against the prostitution ring to blackmail the old perverts together with Matsunaga. This even alerts the Yakuza because it's bad for their business. In the end, she gets killed by the hands of her teacher and buried in a windy snowfield. 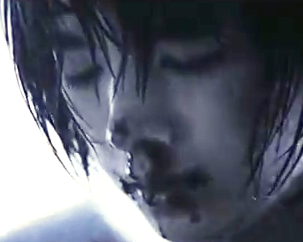 The Narrator
He is the unnamed narrator and nothing more than an Ordinary High-School Student. He gets to know Kanako who has lost her first boyfriend to suicide. He befriends her and after she helps him to surpass his own bullies, he falls madly in love with her. He plans to go away with her and start a new life. However his fortune turns again and he is put into a lot of hellish situations and gets parted from Kanako. He meets her again in a hotel room, shortly before she disappears, to meet his fate... which is to die embarrassingly, probably by the hands of Matsunaga, who Kanako has teamed up with to completely destroy him. He entered the hotel room to kill her after being gang-raped and blackmailed by people from the prostitution ring and Kanako is responsible for everything but he can't do it.
Matsunaga

Played By: Mahiro Takasugi
He is the leader of a Gang of Bullies in Kanako's school. He bullies Ogata until he jumps off the roof. Later, Kanako uses her influence to make him beat up another gang of bullies (the one that tortures the narrator). It turns out that he teamed up with Kanako to destroy the narrator. He is probably the person who kills the narrator in the hotel room and is beaten and sliced up by the Yakuza in the end. It's left ambiguous but it seems that he was manipulated and in the end betrayed by Kanako too.
Detective Asai 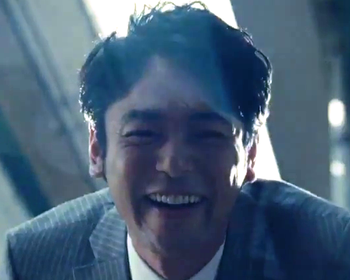 Detective Asai
He is one of Akikazu's fellow cops and completely ineffective in every way. He's a Perpetual Smiler, mostly keeps his lollipop and just visits crime scenes whenever he feels like it. He doesn't obstruct Akikazu but is no help either. He has some interest in the prostitution ring too and kills Detective Aikawa and covers it up as suicide. The last time we see him he's run over by a car, it's not fully clear if this kills him or not.
Kiriko Fujishima

Played By: Asuka Kurosawa
Kanako's mother, although she doesn't know much what's going on in her life. She is constantly victim of Akikazu's dysfunctional behaviors and has an affair with another man.
Advertisement:
Detective Aikawa 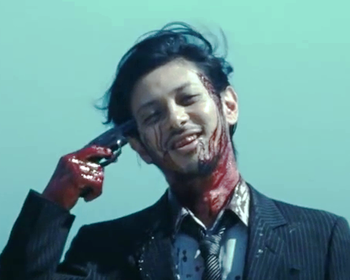 Detective Aikawa
He's one of the most evil characters in the film. He's a sociopathic cop who is given the mission to cover the cops' involvement in the prostitution ring by killing Kanako's classmate Nagano. He seems to be Akikazu's only lead on Kanako, so they both engage in a very bloody fight on the freeway. He doesn't care about anything anymore, is very violent and trigger-happy enough to kill his wife for no particular reason other than she happens to be nearby in a car. After being run over by a car, he survives a suicide attempt and is killed by Detective Asai, who covers this up as a suicide.
Seiji Ogata 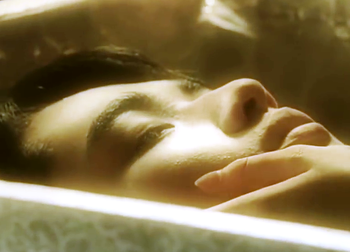 Ogata
Ogata is Kanako's first boyfriend. He doesn't get much of a characterization as he commits suicide in the very beginning of the film. Later on, the narrator wants to be like him but fails to see that they both are targets of bullying because of their weakness.
Rie Azuma 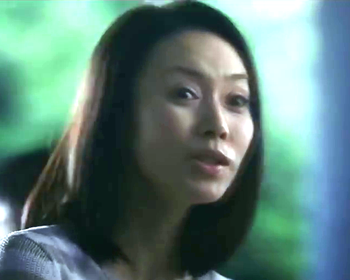 Rie Azuma
She is one of the teachers on Kanako's school. Her involvement in the plot seems to be minor and vaguely defined at first. One of the girls (Akiko) that Kanako has fed to the prostitution ring is the daughter of teacher Rie Azuma. In a flashback, Kanako meets Azuma and shows her a picture of Akiko in bed with some old guy. When Kanako explains how Akiko was never forced, that she actually enjoyed it and that she (Kanako) absolutely regrets nothing, Azuma completely snaps and stabs and kills Kanako with a screwdriver in her rage. Azuma buries her body in a secure location. When Akikazu finds said picture, he confronts her and she confesses that she has killed Kanako, so Akikazu forces her to dig Kanako up. As Azuma has no memory about where exactly, Akikazu keeps searching but without success. Then the movie ends.