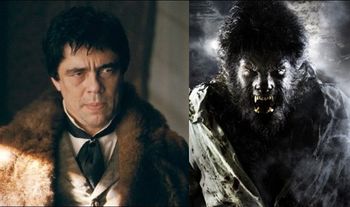 The main and title character. A stage actor, he returns to his home in England after his brother's murder. He wishes to look into it and, of course, is bitten by a werewolf. He finds out his father was the werewolf who bit him, killed his brother, and his mother. 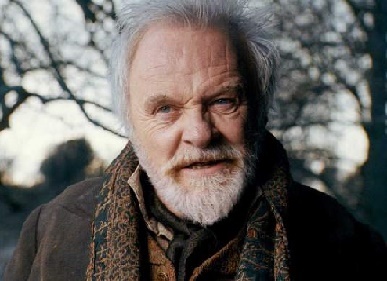 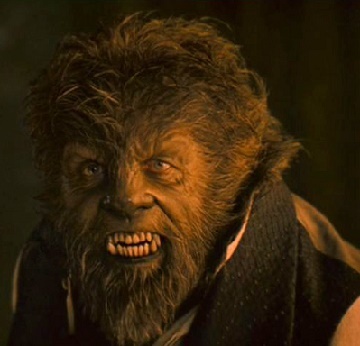 Lawrence's father, who had a strained relationship with his son. Lawrence returns home after his brother's death. It turns out Sir John is the werewolf that bit Lawrence, but also killed Lawrence's brother and mother. 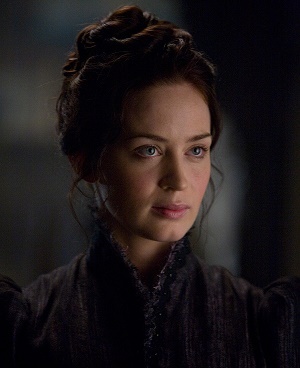 Lawrence's love interest. Ben's former fiancee, who wants to know the truth about Ben's death. Over time, they get romantically attached. After finding out Lawrence is a werewolf, she sets out to help him and ends up killing him. 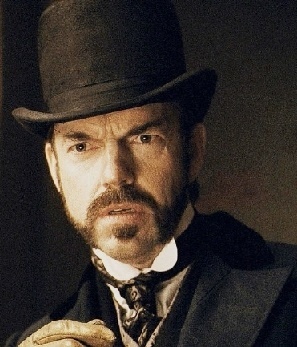 Based on the real life Inspector Fredrick Aberline of the Jack the Ripper murders, Francis is in charge of the investigation of the werewolf murders. He (correctly) suspects Lawrence of being the killer. He soon learns the truth and becomes bitten himself.

A gypsy who warns Lawrence that he is in great danger. After he is bitten, she meets with Gwen who tells her that Lawrence can be killed/saved by someone who loves them.

The sadistic doctor at the asylum that Lawrence is sent to. He publicly tries to prove that Lawrence isn't a werewolf, but it only results in Lawrence transforming in front of everyone.

Lawrence's brother, who is killed in the opening of the film. His death sets the events of the film in motion.

A local man with a better idea than most of what is happening.

One of the local leaders.