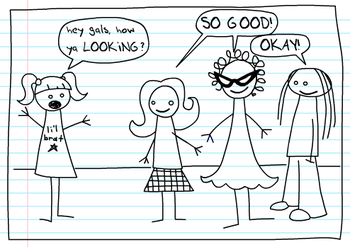 "Let's get ready to look..." "SO GOOD!"
The titular squad of teen girls who spend most of their time looking "so good" and trying to win the hearts of most of the boys they come across. 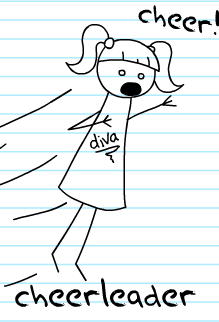 "You don't speak unless spoken to!"
The de-facto leader of the Teen Girl Squad, given her shrill and domineering demeanour. 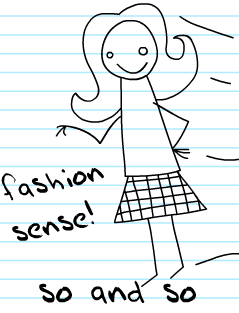 "You'll find me in the reference section!"
The smartest of the girls, at least academically speaking. 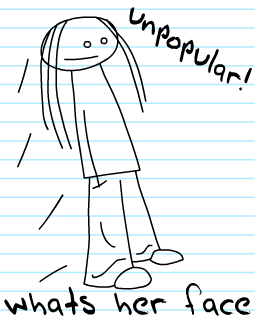 "I think I have a chance with this guy."
The "pity friend". She is the most sensible of the teen girls and most willing to challenge Cheerleader but she often gets the brunt of the mistreatment. 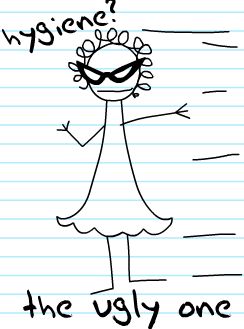 "I have a crush on every boy!"
The ugly friend of the squad. She also has a questionable grasp on reality.
Advertisement:
Other Characters 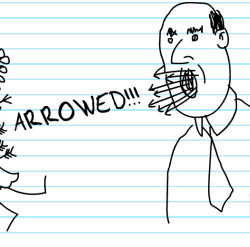 "Arrow'd!"
A man who randomly shows up to kill the teen girls. 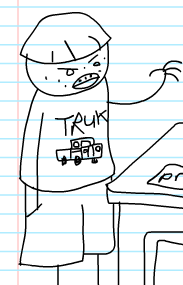 "Don't let Timkims play my PS One!"
A boy who spends most of his time playing video games. 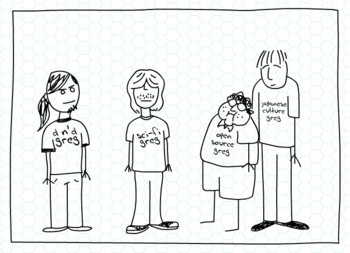 "Four Gregs! Not one, not two, not three, not five! Four Gregs!"
A quartet of geeks all named Greg. 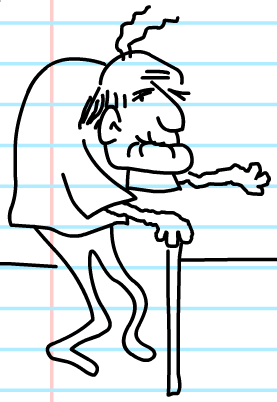 "I left a check for last month's rent on the table!"
An old man who hangs around with the teen girl squad. He seems preoccupied with ointment. 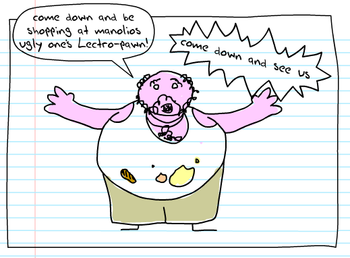 So okay, guys. Come down and be shopping at Manolios Ugly One's Lectro-pawn!
The father of The Ugly One. He owns a pawn shop that sells used and broken electronics and is an incredibly overprotective father. 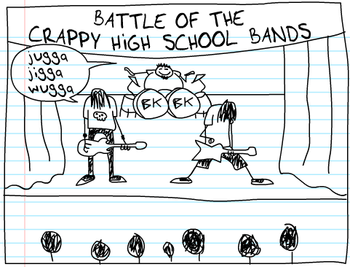 "Jugga jigga wugga!"
A metal band. They competed in the "Battle of the Crappy High School Bands" contest. 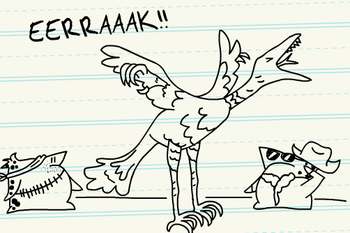 "Mrs. Commanderson, she's some kind of bird-reptile, and she teaches Pre-K!" "EERRAAAK!"
An Archaeopteryx. She is the girls' Pre-K teacher. 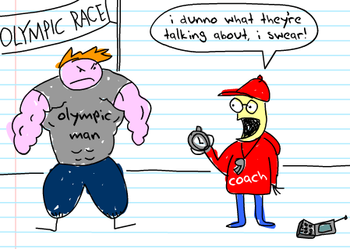 Quite the duo.
Two men who are into athletics. 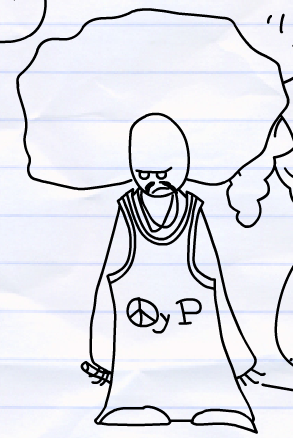 "Y'all biscuitheads."
A popular rapper. The Ugly One is a fan of his. 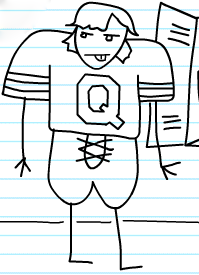 "How's about you get some brains?"
The quarterback for the Fighting Growlbacks.
Video Game Characters

A whale from Herman Melville's novel of the same name.

Two mobsters. They rig What's Her Face's car to explode.

A young basketball player that the girls try to attract.

A gorgon from Classical Mythology. She works in the school as a yearbook photographer.