Voiced by: Nika Futterman (credited as Nika Frost in every episode except for the pilot) 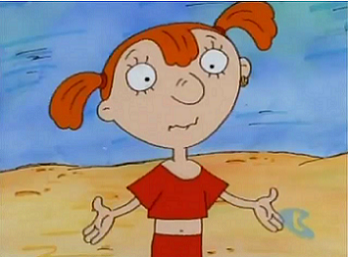 "I don't do grass skirts and I definitely do not do noserings."
Advertisement:

Mike is a streetwise, 11-year-old, red-headed girl from Manhattan who became a foreign exchange student and was sent to the secluded island of Albonquetine. She often leads the charge to create creature comforts from her civilized home, while at other times, she gets stuck in the middle of one of the island's wacky traditions. 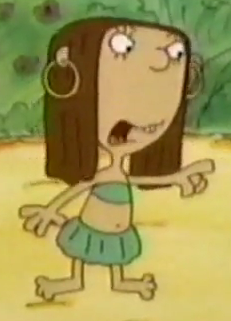 "Princess" Lu is a self-absorbed Spoiled Brat who is bossy to everyone and demands that her "peasants" obey her every command. 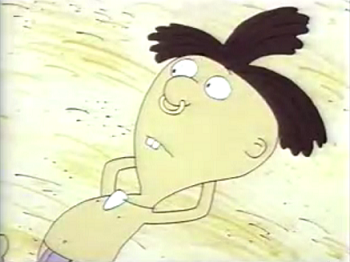 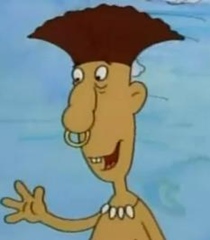 Og's father and a dedicated hunter who usually chases a wombat. 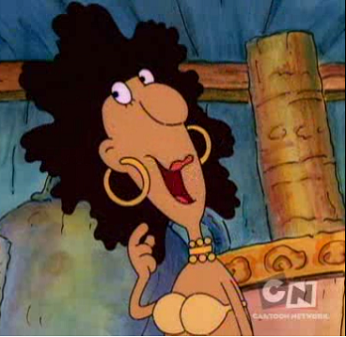 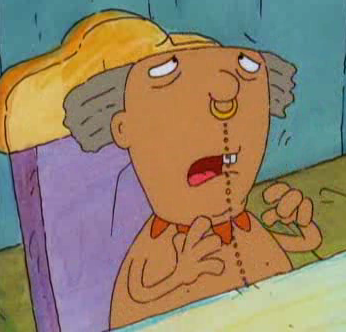 Lu's father and governor of the island 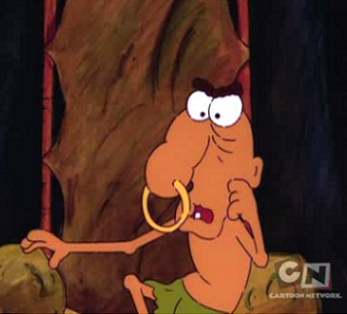 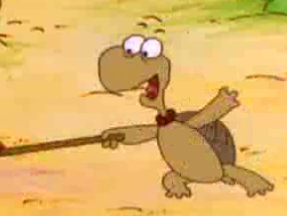 Og's talking animal friends who often discuss philosophy. Made up of Goat, Pig, and Spiney.

The descendants of the pirates who shipwrecked the island's ancestors, the captain, mate and bos'n live on a small section of the island called "The Barnacle". They crave to turn Lancelot into turtle soup. 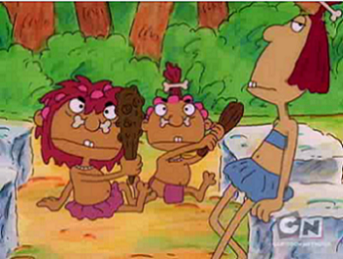 Debuting in the show's second season, the Cuzzlewitz clan live on the other side of the island and tend to be more primitive and wild than their refined neighbors. Suprisingly, their number is larger than the Albonquetine clan.

Unlike the other Cuzzlewitz, the older sister of Haggis & Baggis is more cultured, speaks in complete sentences, and gets along better with the others.