The Books and TV Series 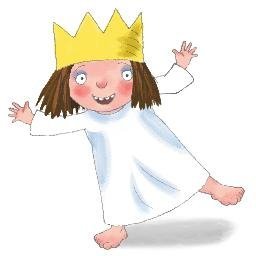 The main character of the series, a four-year-old princess. She's quite moody and demanding, but not a complete and utter brat. 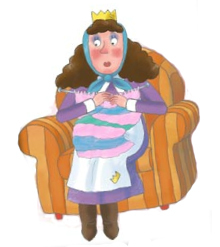 I wonder what she's knitting.
The Princess's mother, a queen who really likes dessert and knitting. She can be a bit grumpy, but not awfully grumpy. 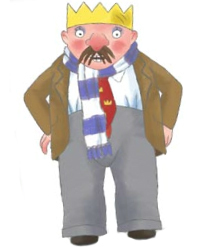 The Princess's father. He is very playful and sometimes takes naps. 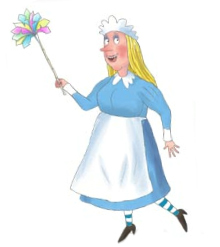 A housekeeper who is arguably the wisest member of the household. 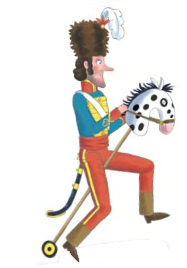 Accompanied by Nessie.
The castle's only guard, who likes trivial military-related things, rides a hobby horse, and has a crush on the Maid.

Another one of the castle's servants, who mostly just hangs out in the pond with a floatie.

A prime minister, who likes to ride a tricycle.

A man who grows the vegetables and flowers. 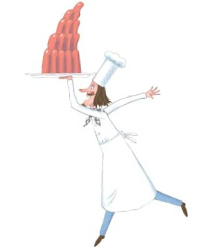 The best chef in the world, apparently.
A French-accented chef who boasts about his job.

A white, ginger-striped tomcat, and the pet of the princess.

The Princess's great-aunt, who's very jolly and possesses a teddy bear who's possibly Gilbert's namesake.

A couple of cheeky mice that are sometimes seen in the castle.

A Scottish-accented doctor who pays house calls. She can be quite abrupt.

The Princess's aunt and the baby cousin's mother.

The Princess's little brother who was born in the book "I Want a Sister". He has not appeared in the TV series as of yet.

Various other children have appeared in the books, including a prince who lives next door and three kids who attend the Princess's preschool named Molly, Polly and Willy.

The Princess's great-uncle, who has a wheelchair.