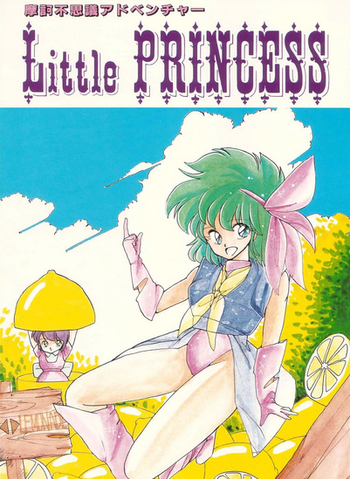 The games Little Princess and Little Vampire are text adventures made by AliceSoft back in 1987 and 1988, back when they were called Champion Soft. These two games would become the foundation for the Rance series and are very important for its backstory.
Advertisement:

One day, while Kentarou and Miki were on a date in Japan, a mysterious vampire-looking man kidnaps Miki and escapes through a wormhole. Kentarou, convinced that Count Dracula stole his girlfriend, grabs his wooden kendo sword and chases after him.

A summary can be read here.