Characters / A Song of Ice and Fire - House Hightower

This is a listing of members of House Hightower in A Song of Ice and Fire. 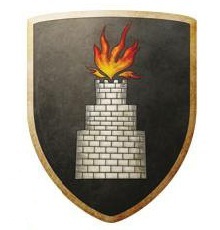 An ancient noble house dating back to the time of the First Men (or even before according to Essos), House Hightower is one of the most powerful vassals of House Tyrell, having a large army, navy, and nearly as much wealth as House Lannister, which makes them the most powerful vassal house in the Seven Kingdoms. Despite this power, they have a reputation for staying out of conflicts unless absolutely necessary, having been devastated in previous wars like the Dance of the Dragons. Before becoming bannermen to House Gardener, the Hightowers ruled as kings, taking the title King of the High Tower.

They control the large port city of Oldtown, and played a key role in the establishment of the Citadel, the headquarters of the Maesters, which they continue to support. Their keep is the Hightower, a massive castle and lighthouse said to be taller than the Wall, located in the middle of the city on Battle Isle. The foundation of the tower is built on an ancient black stone structure, the origins of which are unknown. They have several minor houses sworn to them, including Houses Beesbury, Bulwer, Costayne, Cuy, and Mullendore. Their sigil is a stone white watchtower with a fire burning on the top.

According to ancestral records, the Hightowers are one of the oldest, if not the oldest noble house in Westeros, as there are records in Essos of trade with what would become the port of Oldtown before the arrival of the First Men. Archeological evidence suggest that the core of the Hightower, the Seastone Chair of the Iron Islands and the Mazes of Lorath had common builders, before the First Men.

The Old Man of Oldtown

Head of House Hightower, Voice of Oldtown, Lord of the Port, Lord of the Hightower, Defender of the Citadel, and Beacon of the South. Currently married to Rhea Florent, his fourth wife. He is nephew to Ser Gerold Hightower.

Second child of Lord Leyton and his first daughter.

"Garth is training new recruits and Humfrey's gone to Lys to hire sellsails. If he can wrinkle a proper fleet out of his whore of a sister, we can start paying back the ironmen with some of their own coin."
— The captain of the ship Huntress, referring to Lynesse.

The eight child and youngest daughter of Lord Leyton, second wife of Jorah Mormont and now the chief concubine of merchant Tregar Ormollen of Lys.

Ninth child of Lord Leyton and his third son. Married to Jeyne Fossoway. Ser Gunthor is in command of the harbor of Oldtown.

Second son of King Uthor of the High Tower, Peremore was a sickly and crippled child, but had a great love of learning and hosted dozens of scholars, wizards, teachers, singers, etc. during his life. After his death, his brother King Urrigon granted land to "Peremore's pets", which may have been the founding of the Citadel.

Runcel Hightower
Runcel Hightower was Lord Commander of the Night's Watch who precipitated a Succession Crisis when he appointed his illegitimate son to replace him after he died.

War of Conquest to just Before the Dance of the Dragons; 2 BC-104 AC

Lord of Hightown during Aegon I's conquest of Westeros. He surrendered Oldtown to Aegon without a fight at the advice of the High Septon. 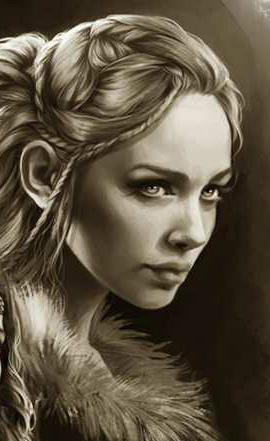 Maegor's first wife, and the niece of the High Septon. Died of unknown causes in 45 AC.

Lord of the Hightower during Maegor's reign. Older brother of Ser Morgan Hightower of the Warrior's Sons and Queen Ceryse Hightower.

Lord of Hightower during the reign of Jaehaerys I Targaryen. He helped promote Jaehaerys and Alysanne's marriage. Died during the Shivers epidemic in 59 AC.
Ser Eustace Hightower

The eldest grandson of Lord Donnel Hightower, who accompanied Elissa Farman in her unsanctioned voyage westward. He and his ship the Lady Meredith returned to Oldtown after ending up in Sothoryos after a Leviathan damaged his ship. While he survived the Shivers epidemic, his grandfather, wife and children did not

Hand of the King to Jaehaerys I, Viserys I and Aegon II. He was the father to Viserys' second wife Alicent Hightower, and to multiple sons as well (including Ser Gwayne Hightower), and the uncle to Lord Ormund Hightower. He conspired with his daughter to ensure that his grandson was crowned Aegon II over Viserys' wishes that his daughter from his first marriage, Rhaenyra, be crowned queen after his death. This led to the civil war that became known as the Dance of the Dragons.

Head of House Hightower during the Dance of the Dragons, nephew to Ser Otto Hightower and cousin to Dowager Queen Alicent. Slain by Lord Roderick Dustin during the Battle of Tumbleton.

One of the sons of Ser Otto Hightower, younger brother of Alicent Hightower and second in command of the City Watch of King's Landing during the Dance of the Dragons.

"History has little good to say about Ser Hobert Hightower, but no man can question the manner of his death. Rather than betray his fellow Caltrops, he let the squire fill his cup, drank deep, and asked for more."
—Archmaester Gyldayn

A knight of House Hightower and cousin of Lord Ormund Hightower. During the Dance of the Dragons, he joined the Caltrops, a conspiracy to kill the Two Betrayers, dragonseeds who had defected to the Greens but were plotting to take the Iron Throne themselves.

The foremost knight of House Hightower during the Dance of the Dragons, and a cousin of Lord Ormund Hightower.

The eldest son and heir of Ormund Hightower. He became infatuated with his step-mother Samantha Tarly since he first saw her and tried to marry her when his father was killed. Despite the High Septon forbidding the marriage, their relationship continued until a new High Septon allowed the union.
Lord Quenton Hightower

Lord Quenton Hightower was Lord of Hightower around eighty years before the series, and is remembered for his brutal actions when the grey plague hit the city.

A Maester of the Citadel in service to House Stark at Winterfell before Robert's Rebellion. A bastard of House Hightower who instigated alliances between the North and the Riverlands, Stormlands and the Vale.