Western Animation / The Secret of NIMH 2: Timmy to the Rescue 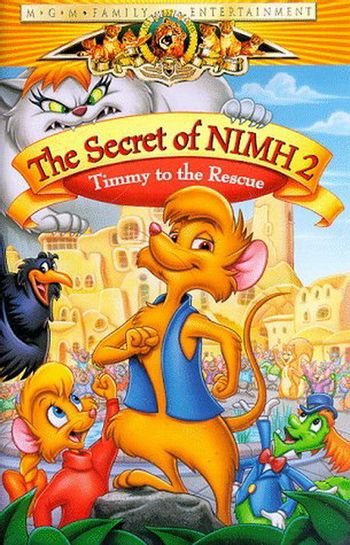 In the film, Timothy Brisby, the youngest son of Jonathan and Mrs. Brisby, goes to Thorn Valley wanting to become a hero like his father. When his brother Martin goes missing, it's up to Timmy and his partner Jenny to journey to NIMH and not only rescue Martin, but the other animals trapped there as well.

The Secret of NIMH 2: Timmy to the Rescue contains examples of the following tropes:

Alternative Title(s): The Secret Of NIMH 2